Mayor Jed Patrick Mabilog revealed Monday that a group of 30 prospective investors from Hong Kong will be visiting Iloilo City in May to scout for economic opportunities in the metropolis. 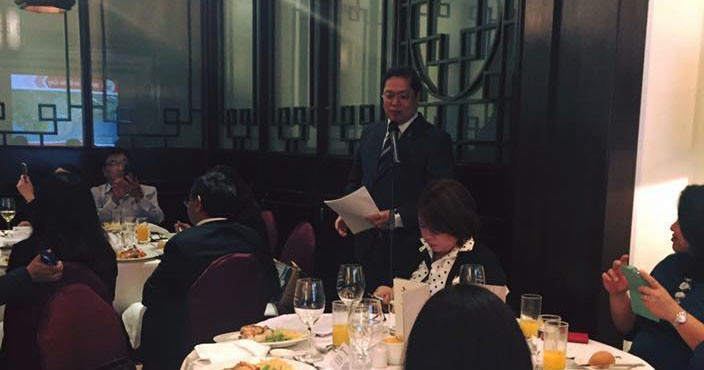 This was the productive result of the joint Iloilo city and province investment mission in HK over the weekend.

Mabilog presented the city’s portfolio before 50 Chinese investors during a dinner at Foreign Correspondents’ Club in Central Hong Kong even as they were briefed on steps for potential business partnership.

He stressed about the “SMART” investment priority areas of Iloilo City which provide services; manufacturing; agribusiness, arts and culture; research and technology.

The city also showcased the booming Business Process Outsourcing (BPO) sector which has generated more than 21,000 jobs because of the highly-equipped Ilonggos.

The economic triangle situated in Mandurriao district which serves as investment hub was strongly promoted.

In terms of tourism, more Esplanade projects are starting to sprout along waterway as offshoots of the rehabilitation and protection efforts of Iloilo River.

The Iloilo delegation also toured several sites in HK for an opportunity to meet with Filipino community.

They were together with provincial LEIPO Velma Jane Lao and board member Atty. Lorenz Defensor, on behalf of Governor Arthur Defensor.

The mission was organized by the Philippine Association of Hong Kong (PAHK) Business Development Council in partnership with the consulate and in part by the International Entrepreneur Institute in HK. PAHK is composed of Filipinos and non-Filipinos with affinity to the Philippines. [Iloilo City PIO]