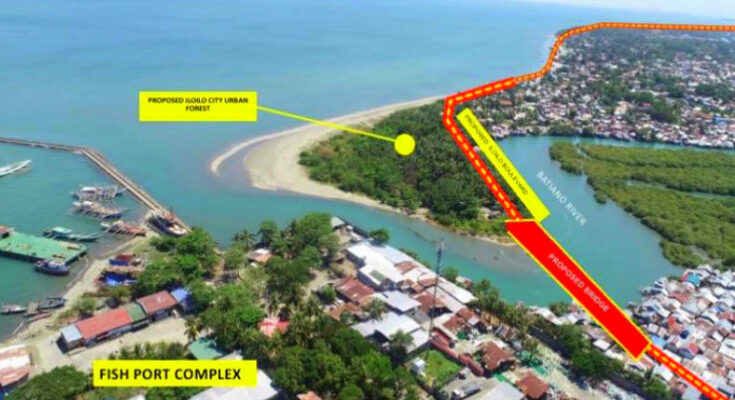 Iloilo City looks to add another green project in the metro with the proposed Iloilo City Beach Forest right at the mouth of Batiano River in Molo Boulevard.

This is in line with one of the priority projects to counter climate change and mitigate the pollution.

It is suggested to construct a Conservation Information Center to serve as display area of photos, IEC materials, briefing area for visitors, biodiversity conservation, environmental awareness activities and many more.

A small demo nursery will also be developed to serve as a source of seedlings for coastal tree planting activities. Species to be grown are umbrella tree, botong, bakauan, bamboo, bitaoag, agoho, etc.

To protect the slope from possible scouring of soil/ sand by the water current, it is suggested to be planted with bakauan, umbrella tree, botong, nipa and available species that are growing therein.

Construction of small hatchery is also being proposed to promote marine turtle conservation, in case records show that there are Pawikan nesting in the area. (via Iloilo City Government)