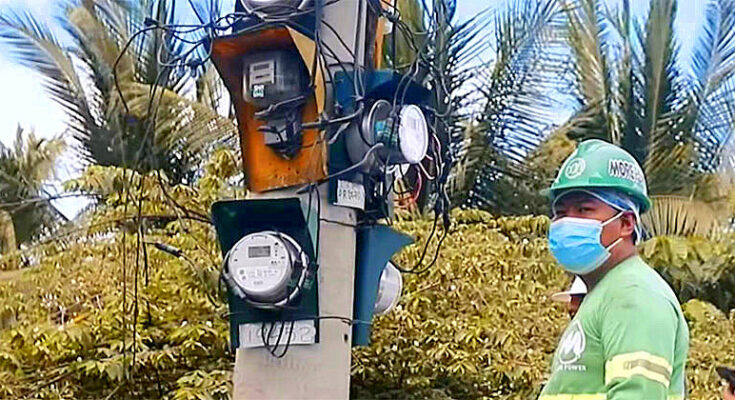 Iloilo City residents are currently enjoying the lowest electricity rate among highly-urbanized cities in the Visayas, thanks to the efforts of its new power distribution utility, More Electric and Power Corporation (MORE Power).

In a comparative table of power rates this April 2021, MORE Power offered the cheapest power rate when compared to those of Central Negros Electric Cooperative (CENECO) and Visayan Electric Company (VECO). MORE Power only charged P10.28 per kWh, while CENECO sold it for P11.11 per kWh and VECO at P11.94 per kWh.

CENECO caters the largest number of consumers in Negros Occidental which includes the cities of Bacolod, Talisay, Silay and Bago and the municipalities of Murcia and Salvador Benedicto. It has been operating as a distribution utility since 1976.

VECO is the second-largest electric utility in the country, serving the cities of Cebu, Mandaue, Talisay, and Naga and four municipalities of the greater part of Metro Cebu: Liloan, Consolacion, Minglanilla, and San Fernando.

MORE Power, meanwhile, is the youngest of all distribution utilities in the region, having marked its first year of operations only in February this year. In its initial phase of operations, it was able to bring down the average residential rate to P10.15/kWh from the P11.31/kWh-rate of the former distribution utility, or a P1.16/kWh substantial decrease in the average electricity rate for 12 months.

Clearly, Iloilo City’s power distribution utility is staying true to its promise of bringing down electricity rates for Ilonggos. How did MORE Power do it?

In an interview over Daily Guardian on Air, MORE President and Chief Operating Officer Roel Z. Castro said that they were able to negotiate better rates with Panay Energy Development Corp (PEDC) and Panay Power Corp (PPC) when they took over the distribution utility last year.

“When we came in, we negotiated for a much better contract than what was between PEDC, PPC and PECO. More importantly, we maximize the 30% [of power supply] from the grid,” said Castro. “Apparently, there are a number of power plants in the Visayas that are much lower than the rates of PEDC, namely, Aboitiz Renewables and KEPCO.”

Previously, around 70 percent of the city’s supply came from PEDC and PPC while the remaining 30 percent were from Aboitiz Power Renewables Inc and KEPCO-SPC Power Corp through the NGCP grid.

The all-out crackdown against ‘jumpers’ or illegal connections also helped in bringing down systems loss charge, which is distributed to legal consumers.

On May 26, MORE Power successfully energized its 69-kV switching station in Brgy. Banuyao, Lapaz, connecting 100% of its power distribution system to the grid. All of its substations are now connected to Sta. Barbara substation of NGCP.

Castro said that they can now purchase a much cheaper power supply from Wholesale Electricity Spot Market (WESM) and Power Sector Assets and Liabilities Management Corporation (PSALM). MORE Power will start the Competitive Selection Process (CSP) of the supply starting January next year.

“Though prices in the WESM are highly volatile, it is also noteworthy that on average, WESM prices are relatively low especially during off-peak periods,” Castro said. “The switching station will certainly play an important role in strengthening MORE Power’s service reliability and in making cheaper rates much more possible for the benefit of all our consumers.”