Iloilo City is on the limelight once again as it recently received another award for good governance. 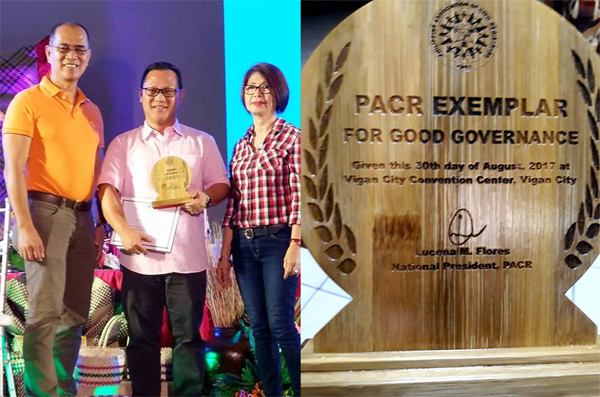 Philippine Association of Civil Registrars (PACR) has given Iloilo City the Exemplar Award 2017 for Good Governance during the 14th National Biennial Convention on Civil Registration held at Vigan City Convention Center on August 30, 2017.

Iloilo City Civil Registry was lauded especially for their innovative way of using technology and social media as a tool for public service.

Their Facebook page are widely used in answering clients inquiries and information dissemination through the use of infographics which resulted to good reviews of the transacting public.