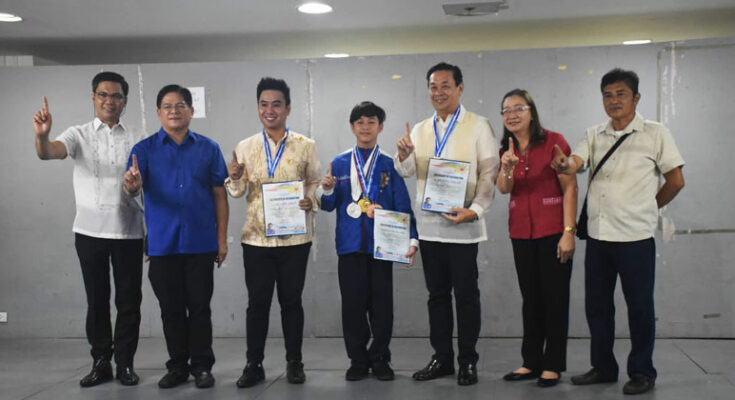 Burgos, mass communications student of Central Philippine University (CPU), was declared champion in the acting category during the 5th International Competition of Arts and Culture held in Armenia July 9.

Coloso was named as 2018 Outstanding Professional of the Year in the field of Chemistry by the Professional Regulatory Commission (PRC) June 21.

“We would like to congratulate these Ilonggos for their achievements. Iloilo City is so proud of your success and this is also a manifestation that we, Ilonggos, can compete with other nationalities and excel in our chosen fields,” Espinosa said.

He stressed the awardees served as inspiration to Ilonggos to reach their dreams.

Coloso expressed gratitude to the City Government for the recognition.

Coloso used to work with Southeast Asian Fisheries Development Center (Seafdec) in Tigbauan, Iloilo before he retired in 2016. He was also a part time biochemistry professor at CPU and is now a professor at the University of San Agustin (USA).

“It is a big privilege for me to be recognized because Chemistry is my profession since I graduated from college. Chemistry is a big field and there are a lot of areas where graduates can explore like you can be in the academe, research and development, business and industry, and environment resources,” Coloso said. (Merianne Grace Ereñeta/ Iloilo City PIO)