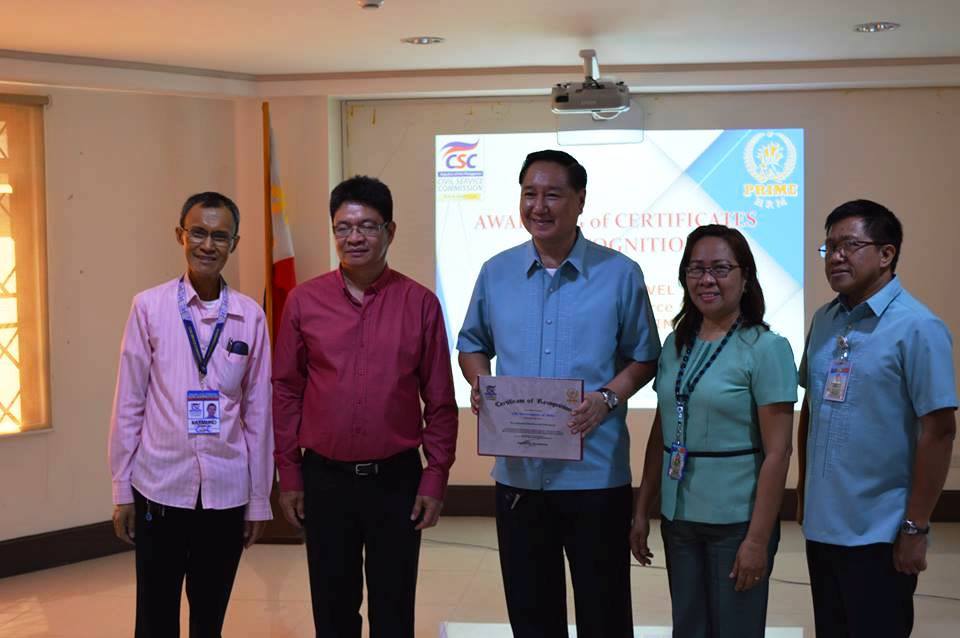 Mabilog said the citation is a product of cooperation and support of City Hall personnel to priority programs, projects and services to enhance the capacities and capabilities of employees to better serve the public and stakeholders.

The city’s HRMO was conferred with PRIME-HRM Maturity Level 2 on Recruitment Selection and Placement (RSP) as one of the only three local government units included in 10 awardees from among the 278 offices in Western Visayas. The others were national government agencies, hospitals, state universities and colleges, and government-owned and controlled corporations.

This means that the City Government has process-defined HRM and is now able to demonstrate readiness to exercise delegated HR functions, crafting Standard Operating Procedures, and automating systems.

This was affirmed after the assessment of the city’s implementation of its HR Action Plan last October.

Maturity Level indicates how well the behavior, practices and processes of an organization can reliably and sustainably produced required outcomes.

The conferment on RSP HR System which also includes the other three cores on Learning and Development; Performance Management; and Reward and Recognition as part of PRIME-HRM enables agencies to achieve HR excellence. [via Iloilo City Government Facebook]