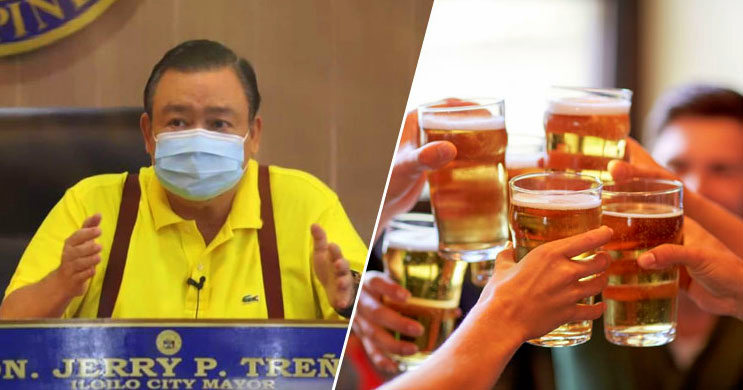 On Friday, Treñas issued Executive Order No. 75 implementing GCQ in the metropolis starting May 16, in adherence to the recommendation of national Inter-Agency Task Force.

Section 9 of the EO directs the regulated sale and consumption of liquor. Establishments are allowed to sell liquors in limited quantities, and buyers are only allowed to consume alcoholic beverages in their homes. Here’s the text of EO 75 Section 9.:

SECTION 9. REGULATED SALE AND CONSUMPTION OF LIQUOR. During the period of the GCQ until lifted by the IATF:
(A) Persons are prohibited from consuming liquor or alcoholic beverages, or any alcoholic drink containing a specific percentage of alcohol by volume or weight which may be in the foss of whiskey. brandy, gin, nun, cordial, liquor, cocktail, wine, champagne, vermouth, basi, tuba, saki, beer, ale, stout, and the like in public.

(C) Appropriate penalties will be imposed on establishments and individuals who violate this Executive Order.

Treñas previously lifted the liquor ban on April 21 while the city is still under enhanced community quarantine (ECQ), but it was re-imposed less than 24 hours after due to so many reported violations of curfew and other laws.