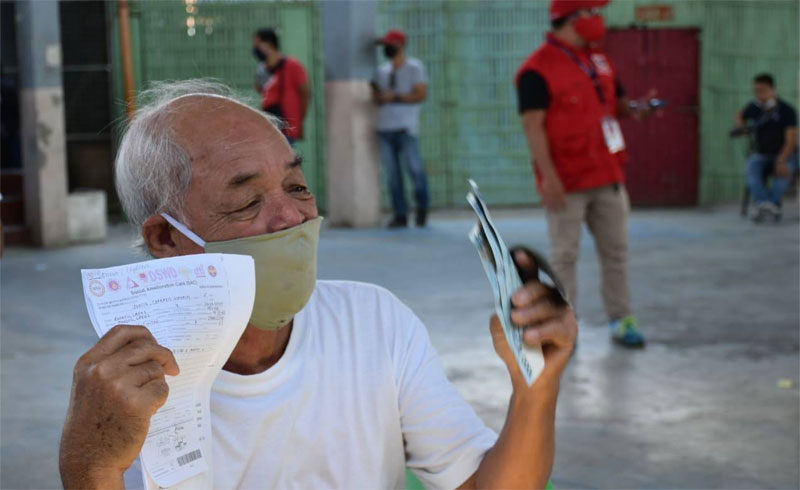 Iloilo City and Province are among those few areas around the country to receive the second tranche of Social Amelioration Program (SAP) cash assistance amounting to P6,000.

Department of Social Welfare and Development (DSWD) Secretary Rolando Bautista previously announced that Iloilo Province had been included in the initial list of areas to get the grant, but not Iloilo City.

In a press conference on Thursday, Mayor Jerry P. Treñas revealed that beneficiaries from Iloilo City were also included to get the cash aid from the national government.

“I was told just now that we are included in the second tranche of amelioration. I already instructed Terry (Terry Gelogo, head of Iloilo City Social Welfare and Development Office) to prepare the payroll so that we can start the distribution,” Treñas said.

“Based on the recommendation of IATF-EID (Inter-Agency Task Force on Emerging Infectious Diseases), the following areas in Western Visayas are included: whole province of Iloilo including Iloilo City, and Bacolod City in Negros Occidental. These were the areas that still under ECQ (Enhanced Community Quarantine) from May 1 to 15,” Macapobre announced.

Other provinces in Western Visayas such as Aklan, Antique, Capiz, Guimaras, and Negros Occidental are not included in the distribution.

The beneficiaries in the second tranche will be those who received the cash aid in the first tranche.

Barangay officials, and personnel of Philippine National Police (PNP) and Armed Forces of the Philippines (AFP) will handle the distribution of SAP.

“All of our payout for SAP is only until June 24,” said Macapobre of the deadline as set by the ‘Bayanihan To Heal as One’ Act.