Iloilo City and Quanzhou City, Fujian Province, The People’s Republic of China signed a Letter of Intent to establish and strengthen the friendly relationship between its people during ceremony at City Hall Penthouse July 30.

The purpose of proposed pact is to enhance the understanding and friendship between both cities for exchanges in economy and trade, science and technology, culture, education, public health and sports. 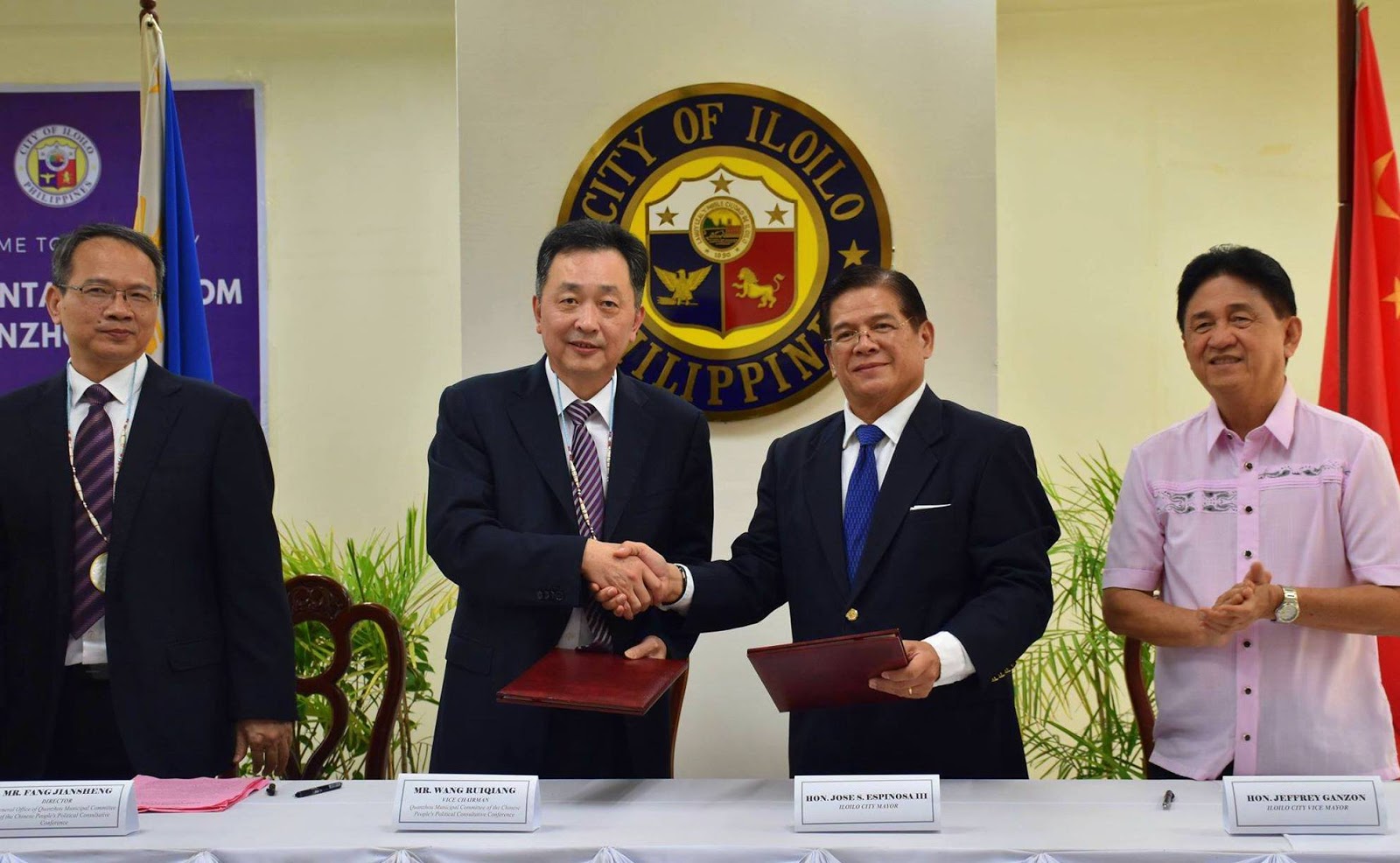 Mayor Jose Espinosa III warmly welcomed the Chinese delegation saying that the relationship between two cities is founded not only on economics but also on families and bloodlines. He was referring to many Chinese living in the city.

“It is noted in Iloilo history that most of Filipino-Chinese came from Fujian Province. And many businessmen who are from Quanzhou are now with us,” Espinosa said.

Mr. Wang Ruiqiang, representative of Quanzhou, led the delegation and signed on behalf of his city.

The signing was witnessed by Fang Jiangsheng of Quanzhou and Iloilo City Vice Mayor Jeffrey Ganzon.

“Iloilo is one of the Philippines’ major cities where people are respectable and friendly. Iloilo’s economic and social aspects have continuously been thriving. The city is indulged with fine environment and inherent geographic advantages. There are huge possibilities and inexhaustible potentials for our cities to work together,” Ruiqiang stated as translated by the interpreter.

In trade aspects, he said they hope to organize entrepreneurs to visit each other cities and mutually promote economic development, international production and marketing cooperation.

“We may send traditional cultural delegations such as puppetry, Nanyin or Southern Fujian Musicals and Southern Shaolin Martial Arts to perform in Iloilo. We may organize some cultural heritage, traditional handicrafts, painting and art exhibits,” Ruiqiang said.

They are hoping to promote the establishment of friendly relationships between the schools and under the arrangement they may organize teachers and students to conduct visits and exchanges.

“We hope to establish deeper cooperation and promote interaction to produce tangible results. Quanzhou is a beautiful and livable city. Bounded at one side with rolling hills and the other side with deep blue seas. It is endowed with fine climate suitable for living and for short term vacation and tour,” he added.