Iloilo City government through its city veterinarian’s office will kick off last week of this month its dog anti-rabies vaccination for 2016. 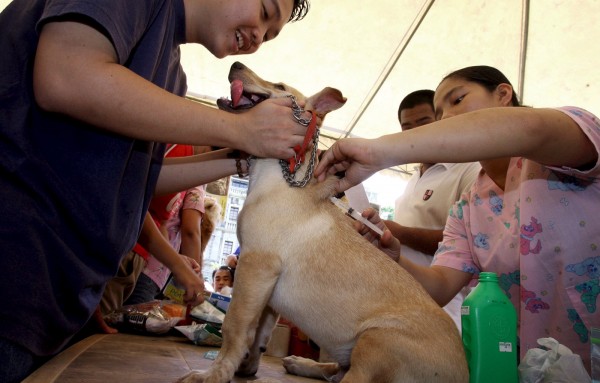 City veterinarian Dr. Tomas Forteza said that in 2015, his office vaccinated around 29,000 dogs of an estimated 36,000 dog population in the city.

The free anti-rabies vaccination will start in Arevalo district.

Along with the vaccination is the conduct of spaying and neutering of dogs to control dog population, which impacts on the logistics of the office. Every year, he said the supply for vaccine is increasing.

“There is a need for us to control dog population to eliminate unwanted pets that roam in the city,” he explained.

Meantime, he added that last year, there was no reported rabies cases among the dog population in Iloilo City. Also, there was no human rabies monitored in the past seven years in the city. [via PNA]