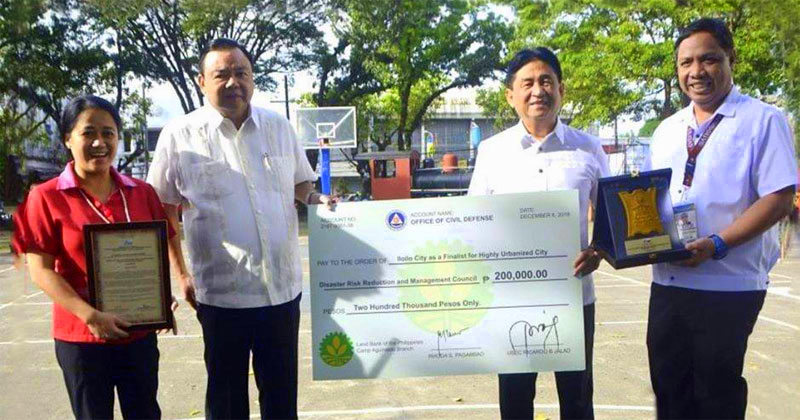 Iloilo City won as one of the Top 3 finalists in the Best Disaster Risk Reduction Management Council in the Highly Urbanized City Category.

The recognition was given during the 21st GAWAD KALASAG National Awarding Ceremony at the Philippine International Convention Center in Pasay City, Metro Manila Dec. 6.

The 21st Gawad Kalasag National Awards is the search for excellence in Disaster Risk Reduction and Management (DRRM) and Humanitarian Assistance.

The city government was also cited for inclusivity in involving persons with disabilities (PWD) and rehabilitated drug-dependents in their risk reduction programs.

Mayor Jerry Treñas was elated that the city’s efforts, in cooperation and all sectors and the hardworking men and women of City Disaster Risk Reduction Management Office has come into fruition.

Treñas vowed to prioritize the establishment of the city’s command center, which will rise at 375-square meter property inside Gaisano Iloilo City Center in Mandurriao district.