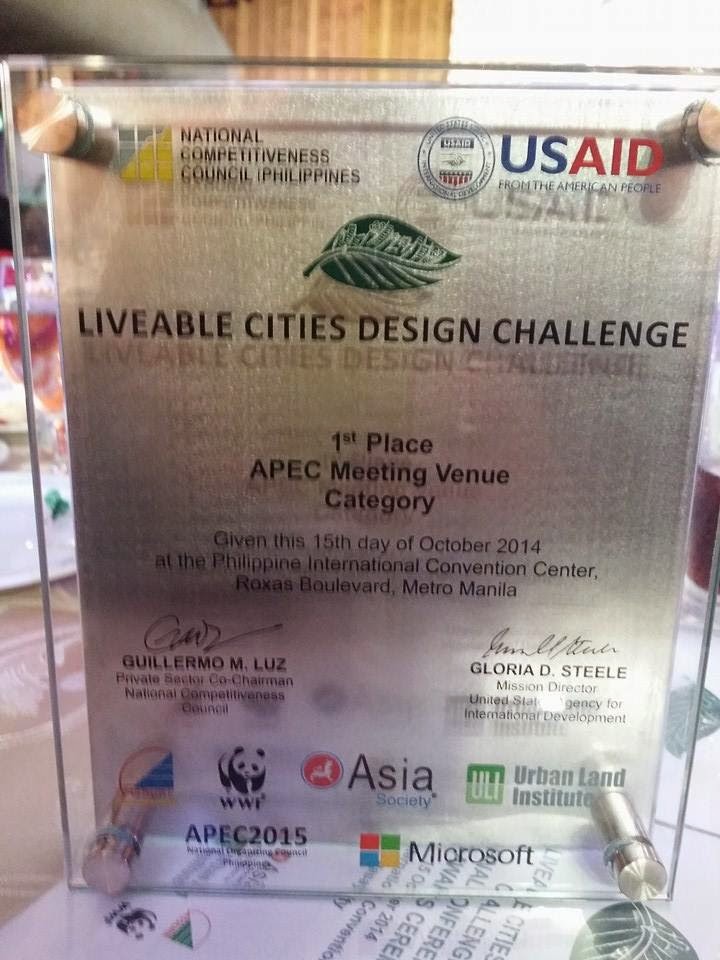 The Liveable City Design Challenge, organized by the National Competitiveness Council, APEC 2015 National Organizing Council, World Wildlife Fund, and the Alliance for Safe and Sustainable Reconstruction (ASSURE) with Asia Society and the Urban Land Institute, is a planning and design competition whose objective is to get city planners across the Philippines to better plan their respective cities and municipalities for a climate-defined future by being more aware and better prepared for disaster-risk reduction.

Iloilo City is one of the venues of two important Ministerial Meetings of the Asia Pacific Economic Cooperation (APEC) on September – October 2015.