The Iloilo Esplanade and bike lanes will be recognized by the Office of the President during the launch of Bayanihan sa Daan Awards and Recognition Ceremony at Kalayaan Hall of Malacañang Palace on November 27. 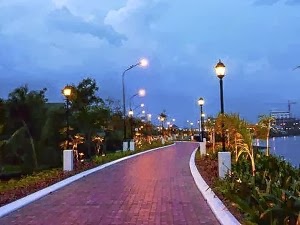 Mabilog thanked Senate President Franklin Drilon for initiating the project making Iloilo City beautiful, walkable and bikeable with such best practice that can replicated in other cities in the country.

On this occasion, the Filipino people, joined by the Office of the President and national and international organizations will recognize Iloilo for its path-breaking initiative to create a most beautiful lateral park that is now one-of-a-kind Esplanade, organizers said.

Iloilo City is also cited for its trailblazing effort to build safe bike lanes and walkways along the Diversion and Circumferential roads.

By doing so, the City of Iloilo has opened the eyes of the rest of the country on the possibility of how roads can be shared.

“Most of all, Iloilo has shown the country and the world how ugly highways symbolic of an unsustainable mindset can be transformed into beautiful roads that are meant for beautiful people,” the organizers stated.

The letter of invitation was signed by Juan Romeo Nereus O. Acosta, presidential adviser for environmental protection of the Office of the President; Department of Environment and Natural Resources Secretary Ramon Jesus P. Paje; Bayanihan sa Daan convenor Atty. Antonio A. Oposa, Jr.; and Durwood Zaelke, president of Institute for Governance and Sustainable Development. [via Source]