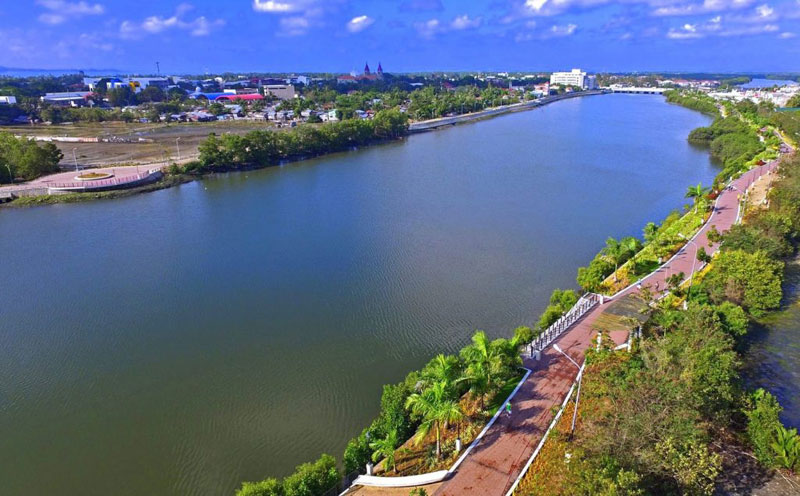 Riverside park Iloilo Esplanade was recently recognized as by groups of architects as one of the beautiful landscape architectures in the country.

Designed by Architect Paulo G. Alcazaren, the esplanade project is a pet project of Senator Franklin Drilon, as a key component of his Iloilo River improvement initiative.

“The project is noteworthy because of its effect in public amenity (it is now the favorite jogging venue of Ilonggos), because it is creating an identity for Iloilo (it is one of the most posted in Social Media) as well as improved real estate values,” said the GantimPALA book.

GantimPALA is an awards program organized by the PALA to recognize and showcase the Philippines most notable works in landscape architecture from Filipino practitioners in the country.

It aims to promote camaraderie in the landscape architecture community by recognizing achievements of fellow professionals in the Philippines.

The GantimPALA Excellence Awards is part the 2017 Landscape Architecture Festival, a convention of architects from different parts of the country and the world, along with colleagues, practitioners from the allied professions, local government unit participants, developers, and partners in the construction industry who share the same interest and commitment in providing quality and equitable spaces for the mutual benefit of mankind and the environment.

PALA is the integrated and accredited organization of landscape architecture professionals with 345 members in the Philippines and more than 130 members practicing around the world. It has been a member of the International Federation of Landscape Architects since 1978. [Photo by Paulo Alcazaren]