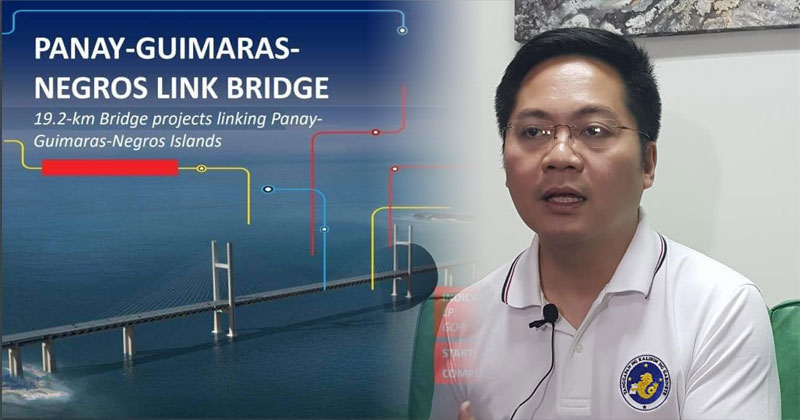 The construction of Iloilo-Guimaras-Negros bridge is one of the priority projects of President Rodrigo Duterte.

Cabinet Secretary Karlo Alexie Nograles said this in the sidelines of his visit in Iloilo on August 19-20, 2019.

In an interview with the media, Nograles said that the project still has to go through some processes, such as feasibility study, detailed engineering, and design before it will be approved by the National Economic Development Authority (NEDA).

“It is one of our priorities. We do hope that this major project can be started next year. It is high time that we build this bridge, that’s why I discussed it with Secretary Villar (Mark Villar of DPWH),” said Nograles.

He added that he will also discuss the project with Secretary Ernesto Pernia, Director-General of NEDA, when he returns to Manila.

Iloilo-Guimaras bridge has been proposed for many years by past administrations, but it did not materialize.

Recently, Senator Grace Poe has asked the Senate Committee on Public Works to check the status of the bridge project with DPWH, particularly its financial costs and economic benefits.

Ilonggo senator Franklin Drilon also urged the national government to implement the project, after the sea tragedy in Iloilo Strait on August 3 that claimed the lives of 31 passengers.

“It is the right time indeed to build the bridge,” said Drilon.

The proposed P40 billion project is to be funded by official development assistance (ODA) or loan from China.(via Radyo Pilipinas Iloilo)