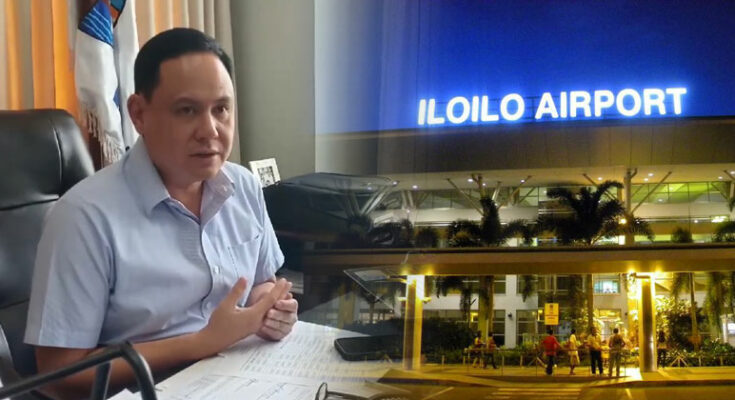 Iloilo Province is currently placed under general community quarantine until the end of October but it will transition into Alert Level II from November 1 to 14 based on IATF Resolution No. 146-A.

The Philippine Airlines which flies from Manila to Iloilo daily requested for two additional flights per week. PAL also sought the governor’s approval to open routes in Cebu, Davao, and General Santos once a week.

Cebu Pacific sought for three more flights weekly as well as to add points of origin such as Cebu and Davao.

Air Asia which caters to domestic flights four times a week requested to be allowed to operate on a daily basis.

Meanwhile, for domestic sea voyages, Defensor currently allows a maximum of 250 passengers per week, of which 150 came Luzon, 50 from Mindanao, and 50 from Cebu Province of Cebu City.

2GO Travel, which caters to 150 passengers from Manila and Cagayan de Oro four times weekly, requested to double its capacity to 300 passengers.

However, Engr. Rufina Aquino of MARINA said shipping companies are only allowed to carry half of their passenger capacity.

Defensor said he will look into the frequency of flights and number of passengers that enter the province in October and decide on the adjustments next week.

“We will observe in November and then will make another adjustment in December depending on the market profile and the quarantine classification of Iloilo province and the LGUs of origin,” he said.

Iloilo City to roll out vaccination for minors on weekends

Duterte: Electric cooperatives cannot keep up with progress of Iloilo