General Martin Delgado, Ilonggo hero and first governor of the province, got a bronze monument at Festive Walk Parade of Iloilo Business Park in Mandurriao district. 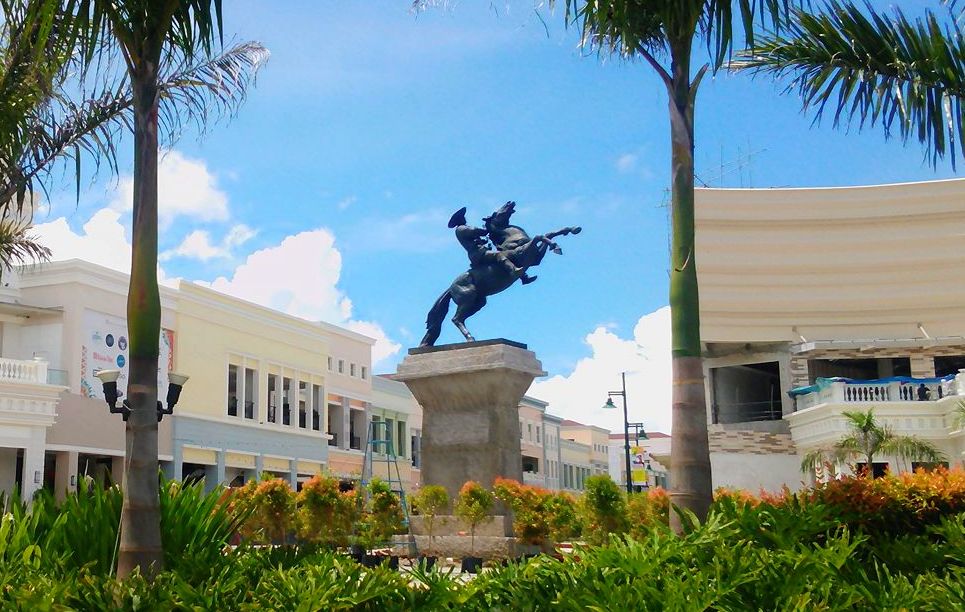 Megaworld Corporation commissioned Spanish artist Ginés Serrán to do the sculpture which depicts Delgado riding on a horse. The figure is around four meters tall with a six-meter pedestal placed in front of Casa Emperador of the Festive Walk.

“It will educate and bring back to the younger generations the memory of General Delgado’s life and historic contribution. It will honor him for centuries to come, bestowing upon him the national recognition he deserves,” Serran said in an interview by Philstar.com.

Popularly known then as Tan Martin, Gen. Delgado was responsible for the start of the revolution against the Spaniards in Iloilo Province. Although he started working as the leader of the voluntarios (those who volunteered to protect the Spaniards and defend Spanish sovereignty) in his town, he used the position to prepare for the independence struggle which he openly declared in October 1898.

This event is considered to be the first cry of the revolution against Spain in the province.

The Americans recognized him as “the ablest leader” on the island and appointed him as the first Governor of Iloilo province upon the establishment of the civil government on April 1901.

A native of Sta. Barbara, Iloilo, Delgado was born on November 11, 1858, the second child of Don Jacinto Delgado and Doña Gabriela Bermejo who both belonged to aristocratic families. [Photo by Arjhon Coronado]