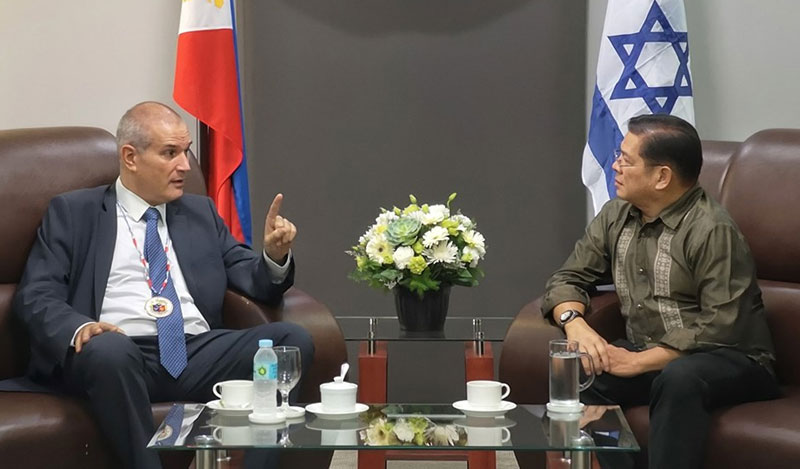 Israel Ambassador to the Philippines His Excellency Rafael Harpaz who visited Iloilo City June 4 was impressed by the architectural design of age-old buildings at downtown and the metropolis being cited as smoke-free city.

Harpaz, together with his wife Shulamit and delegation, paid a courtesy call to Mayor Jose Espinosa III at City Hall.

“I saw the architecture is interesting. And I have learned that you are a smoke-free city which is very important,” Harpaz said.

Espinosa told Harpaz of the strict implementation of anti-smoking ordinance in public places.

Harpaz said Israel is very willing to explore partnerships with the Philippines in terms of technology, agriculture and fisheries.

Espinosa said he wanted the barangays to promote and practice hydroponics which grows plant using water instead of soil.

“I have noticed that the primary source of income here is from eatery. Imagine what change it could make if our residents plant in their houses using hydroponics and that they would become self-sustaining,” Espinosa said.

Harpaz also encouraged Ilonggos who want to work as caregivers and in tourism-related jobs in Israel which offers free visa for Filipinos. He said there is a big demand for workers to cater to influx of tourists visiting the Holy Land.