Iloilo City is now 100 percent ready for the arrival of Japanese cruise ship MV Pacific Venus on January 26, 2019, in time for the Iloilo Dinagyang Festival. 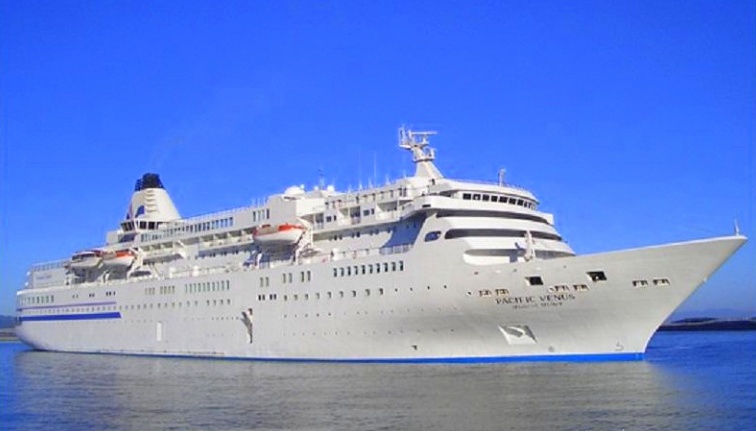 MV Pacific Venus with 183 meters in length will dock at Iloilo International Port, Loboc, Lapuz, Iloilo City in the morning of January 26 and will leave in the afternoon of the following day. It carries a total of 720 passengers including 180 crew.

An estimated 400 Japanese passengers will witness the Kasadyahan Festival and Dinagyang Festival. Iloilo Dinagyang Foundation Inc. recently announced that 400 seats are reserved in the New Freedom Grandstand for the visitors. They will also have a tour in Iloilo City which includes a visit in Jaro Church and plaza, Molo Church and Mansion, Casa Mariquit and a running tour of Jaro.

“The Department of Tourism Region VI assures that facilities and frontliners are now ready for the arrival of this Japanese cruise ship. As per assessment of the local cruise composite inspection team, Iloilo City and Roxas City are now ready for the cruise tourism. We are continuously coordinating with other government agencies especially the Philippine Ports Authority to ensure the security and smooth arrival of the Japanese cruise ship, memorable Dinagyang Festival experience and Iloilo City tour of visitors up to the time they leave”, DOT Region VI Director Atty. Helen Catalbas said.

inspected the Iloilo Commercial Port Complex (ICPC) in Loboc. Lapuz, Iloilo City and the New Freedom Grandstand. According to PPA, an area of 9,532 sq. meters of the port will be enclosed for the security of the passengers of the said cruise ship.

“This is a big break for the tourism industry of Iloilo City. Japan is known for its high standards, and Iloilo City being one of the destinations of MV Pacific Venus means a lot. This only proves that Iloilo City has the capacity to market tourism products and services to the world through the cruise industry,” Catalbas added.

DOT Region VI has sustained its campaign since 2012 to get Western Visayas in the world cruise tourism industry. This campaign has been carried through participation in the cruise shipping exhibition in the United States in 2015, 2016 and 2018 and in China, Singapore and South Korea in 2016. Moreover, DOT VI conducted cruise circuit inspections in Iloilo, Guimaras, Capiz and Northern Antique to check the readiness of the tourism sites and recommended areas for improvement.

This is being supported by conducting trainings and seminars for the tourism stakeholders like Local Community Guiding Seminar, Personality Development and Product Development, Marketing, Visual Merchandising and Store Layouting. (MDO)