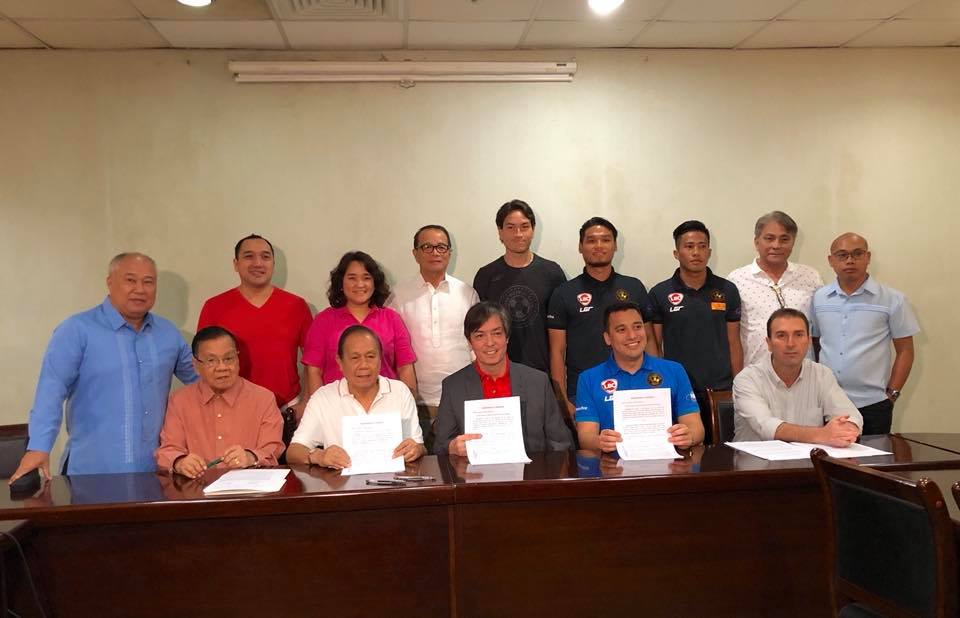 The Iloilo provincial government and Una Kaya Futbol Club (FC) Inc. on Tuesday signed a memorandum of agreement (MOA), allowing the latter to use the Iloilo Sports Complex (ISC) football field as their new home court.

Conducted at the Governor’s Boardroom of the Iloilo Capitol, the agreement was signed by Iloilo Governor Arthur Defensor Sr. and Kaya Futbol owner Santi Araneta.

Felongco is native of Calinog, Iloilo while Bedic is a native of Barotac Nuevo, Iloilo.

Under the agreement, the provincial government will allow Kaya FC to use ISC as their home stadium for training and games for the 2018 Philippine Football League (PFL).

The Kaya Futbol Club, on the other hand, will provide technical expertise, including other supplies and equipment for maintenance of the football field.

Various grassroots programs will also be conducted at the city and province to allow the team to teach the kids and the youth of various football skills.

In his speech, Defensor thanked Kaya Futbol club for choosing Iloilo as their new home field.

“With your presence, the grassroots programs for football will strengthen and will boost the interest of young Ilonggo players,” Defensor said.

Araneta said that he believed that their training in Iloilo would help their team improve. He said that the Iloilo Sports Complex was a good venue for training and even hosting of various matches.

“We really look forward to bringing football to a new level. Iloilo has been known as the most football craze province in the whole of the Philippines with notable football players,” he said.

The second season of the PFL will start early next month. (By Cindy Ferrer, PNA)