The Korean Government, together with Iloilo provincial government, successfully inaugurated and conducted the turnover of three (3) hospitals under the Iloilo Geographically Isolated and Disadvantaged Area (GIDA) Health System Strengthening Project. 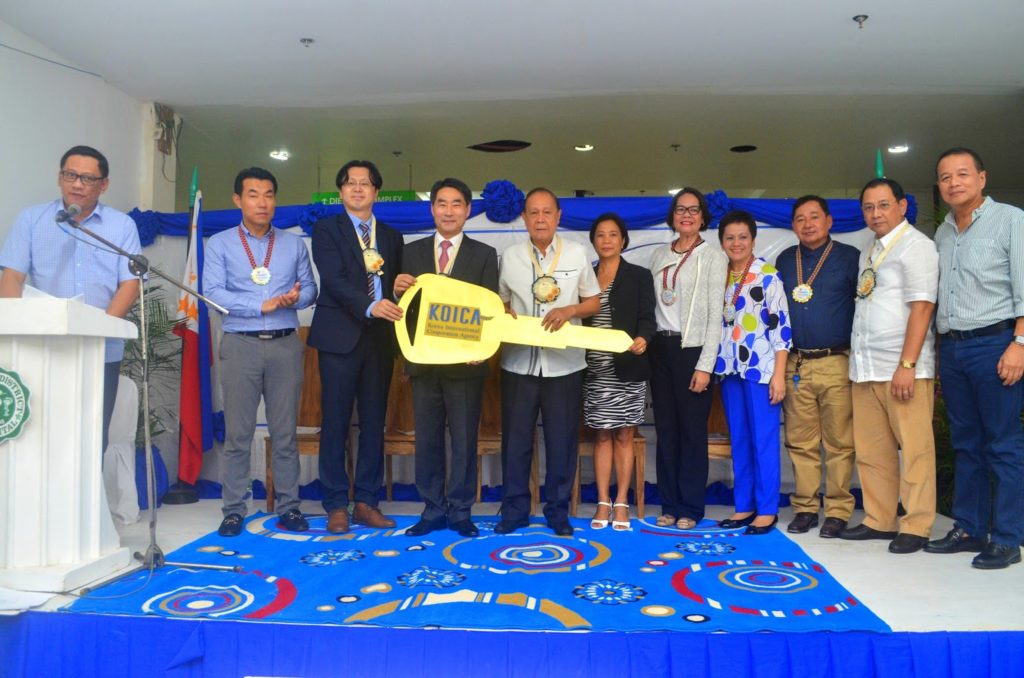 The ceremonial turn-over of the newly-completed CEmONC facilities was held last Tuesday, September 27, 2016 at Aleosan District Hospital with His Excellency Kim Jae Shin, Ambassador Extraordinary and Plenipotentiary of the Republic of Korea to the Philippines as the honoured guest. Also in attendance were Korea International Cooperation Agency (KOICA) Country Director SHIN Myung Seop, Assistant Sec. Leonita Gorgolon of the Department of Health, Provincial Administrator Raul Banias and mayors GeefreAlonsabe of Alimodian, Marina Gorriceta of San Miguel, Rolito Cajilig of Leon, and Manuel Ganzon of Balasan. The event was highlighted by recognition of partners, turnover of symbolic key and unveiling of commemorative marker.

In his message, Ambassador Kim acknowledged the strong commitment of Gov. Defensor to the “partnership” between Iloilo province and the Korean government. He also emphasized that healthcare is one of the priority areas of Korean development cooperation in the Philippines. He likewise said that, “the success of the partnership is rooted in the shared belief that improvement of the people’s health will help solve poverty and achieve socio-economic development”.

Governor Arthur Defensor, Sr. became emotional in expressing his heartfelt thanks to the government of Republic of Korea for the implementation of the project.

“We sincerely thank KOICA(Korea International Cooperation Agency), and the government of the Republic of Korea for this project which could greatly improve health services for our people,” Defensor stressed.

Iloilo GIDA Health System Project is a grant from KOICA and the Republic of Korea in the amount of US$7 million (approximately P300 million) which primarily aims to strengthen the maternal and child health service delivery system of the three recipient district hospitals and the Rural Health Units (RHUs) of nine municipalities, namely, Alimodian, Leon, San Miguel, Calinog, Bingawan, Balasan, Batad, Estancia and Carles.

The project’s implementation started in 2014.

Aside from the construction of CEmONC facilities and provision of equipment, a number of health personnel were also sent to Korea to undergo training and capacity building.

The project augmented the bed capacities of Aleosan District Hospital with 40 beds, JCMDH with 48 beds and DRSPMDH with 32 beds.
KOICA also provided other medical equipment to the three hospitals, such as, X-ray machines, ultrasound machines, hospital beds, laboratory equipment and generator sets.