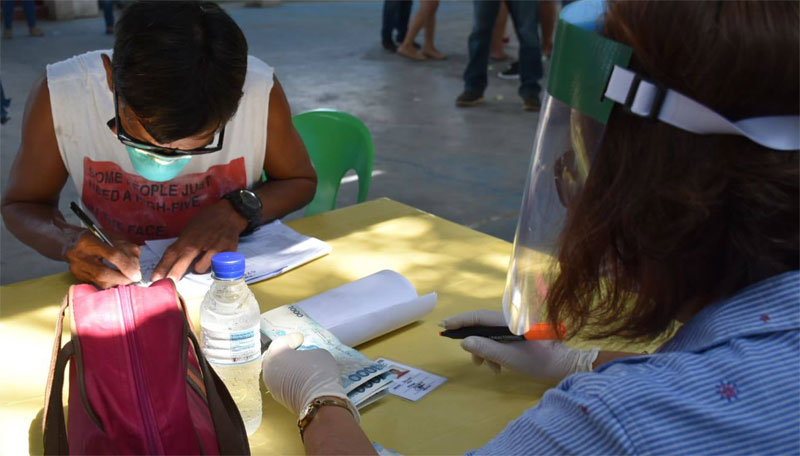 More than 19,000 additional or left out families in Region VI have already received their P6,000 Social Amelioration Program (SAP) assistance from the Department of Social Welfare and Development (DSWD) Field Office VI.

Regional Director Ma. Evelyn Macapobre said the agency was already able to payout to 19,278 additional families in 24 towns as of July 13. It includes four towns in Aklan, nine in Capiz, five in Negros Occidental, and four in Guimaras.

“The funds used were from the returned SAP of ineligible beneficiaries through their local government units (LGUs),” said Macapobre.

On Tuesday, July 14, the agency will likewise distribute SAP for 5,528 additional families in 10 more LGUs.

A simultaneous payout will be conducted in Lezo, Makato, Malinao, and New Washington in Aklan; in Barbaza, San Remigio, and Sebaste in Antique; and in Salvador Benedictor and San Enrique in Negros Occidental.

Macapobre meanwhile stressed that DSWD has to conduct the payout on these areas because they have no financial service providers (FSPs) on their area.

The regional director said Starpay and Rizal Commercial Banking Corporation (RCBC) have been identified by the Central Bank of the Philippines to distribute the SAP for the additional families, as well as for second tranche in WV.

Macapobre said that LGUs with available FSPs on their area will be paid through the payment partners.

“Through the help of our FSPs (financial service providers), we are expecting that we can pay our target beneficiaries faster,” she said.

Through the FSPs, the agency targets to start the distribution of SAP for additional beneficiaries to more LGUs by next week.

“Our marching order is to complete the payout or finish at least 80% of our target by the end of this month,” Macapobre added.

The region has a total of 141,971 leftout beneficiaries on its clean list. However, it is still expected to change as there are still some 8,000 names that are subject for duplicity check.

Meanwhile, as for the second tranche, Macapobre pointed that the encoding of social amelioration cards (SAC) cards on the LGU level is still ongoing.

She said that without the complete SAC encoding, the agency could not finish the duplicity check of the SAP beneficiaries.