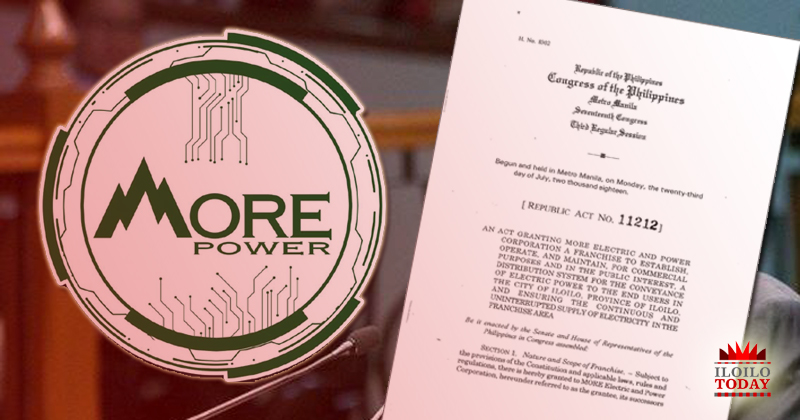 Duterte signed on February 14 Republic Act 11212 granting MORE Power a 25-year franchise to “establish, operate, and maintain, for commercial purposes and in the public interest, a distribution system for the conveyance of electric power to end users in Iloilo City.”

To ensure the uninterrupted supply of electricity, the newly signed law provides for a transition period allowing PECO to operate temporarily until MORE Power is in full operation. The period will not exceed to two years from the grant of legislative franchise.

“The provisional authority to operate during the transition period shall not be construed as extend ding the franchise of PECO after its expiration on January 18, 2019,” the law reads.

“The grantee and PECO shall jointly ensure that employees not hired by the grantee shall receive all separation and/or retirement benefits they are entitled to in accordance with applicable laws.” 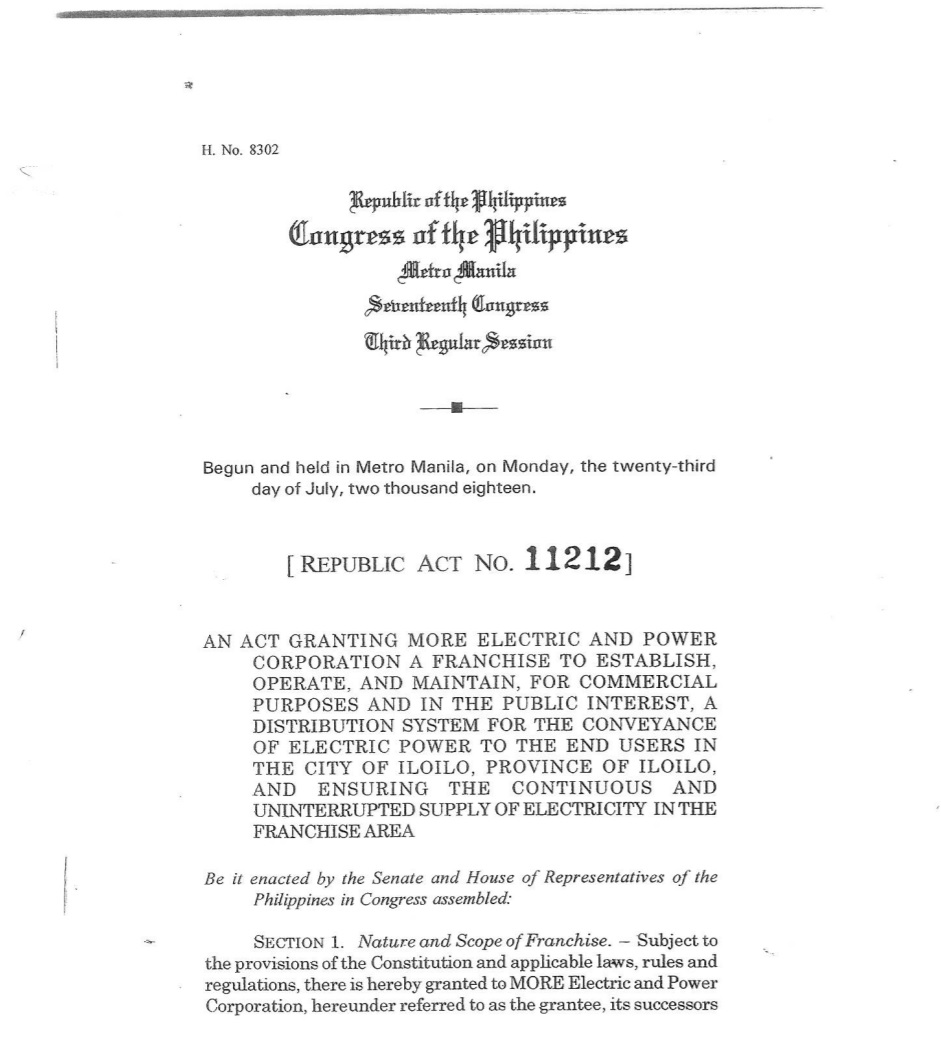 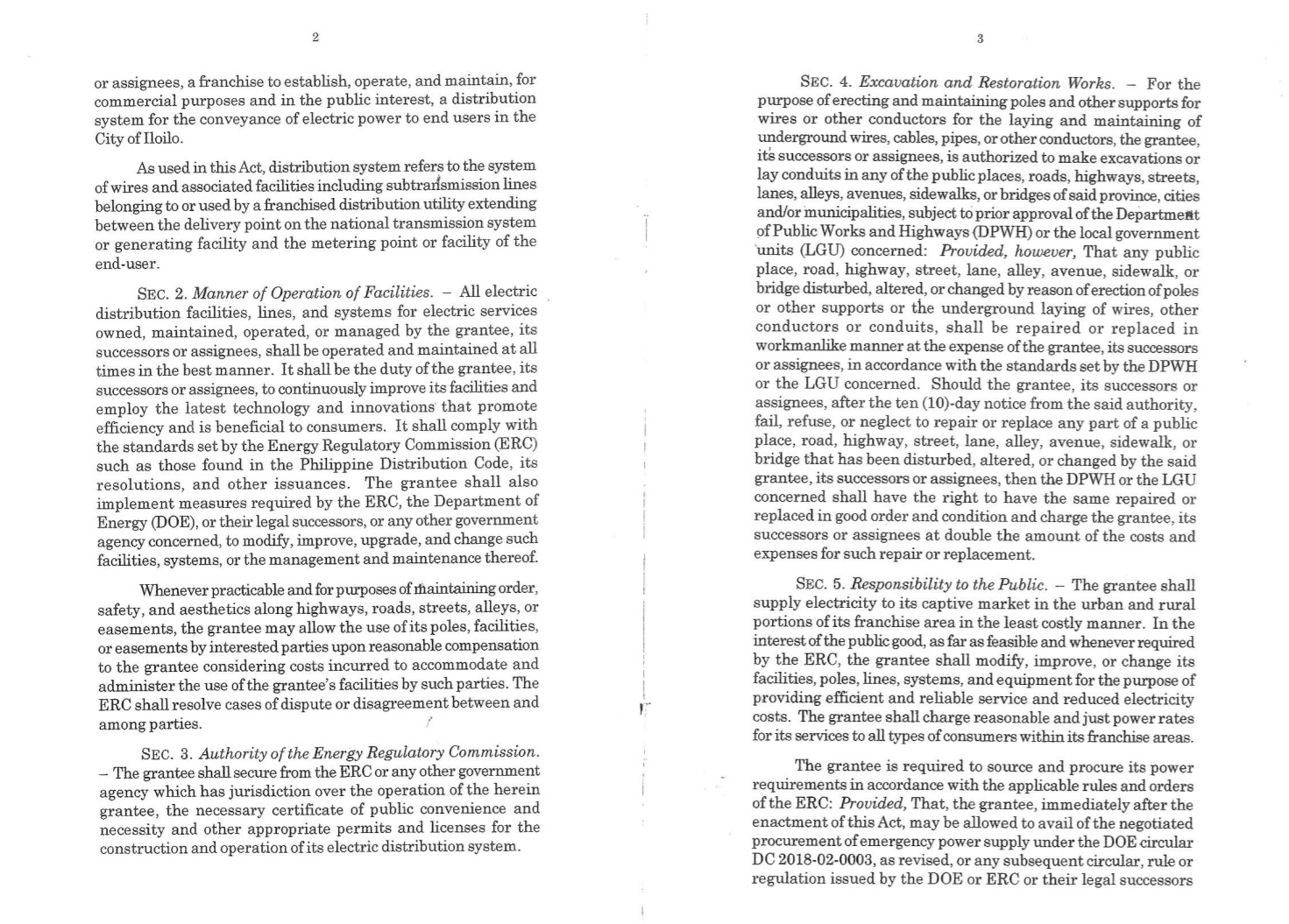 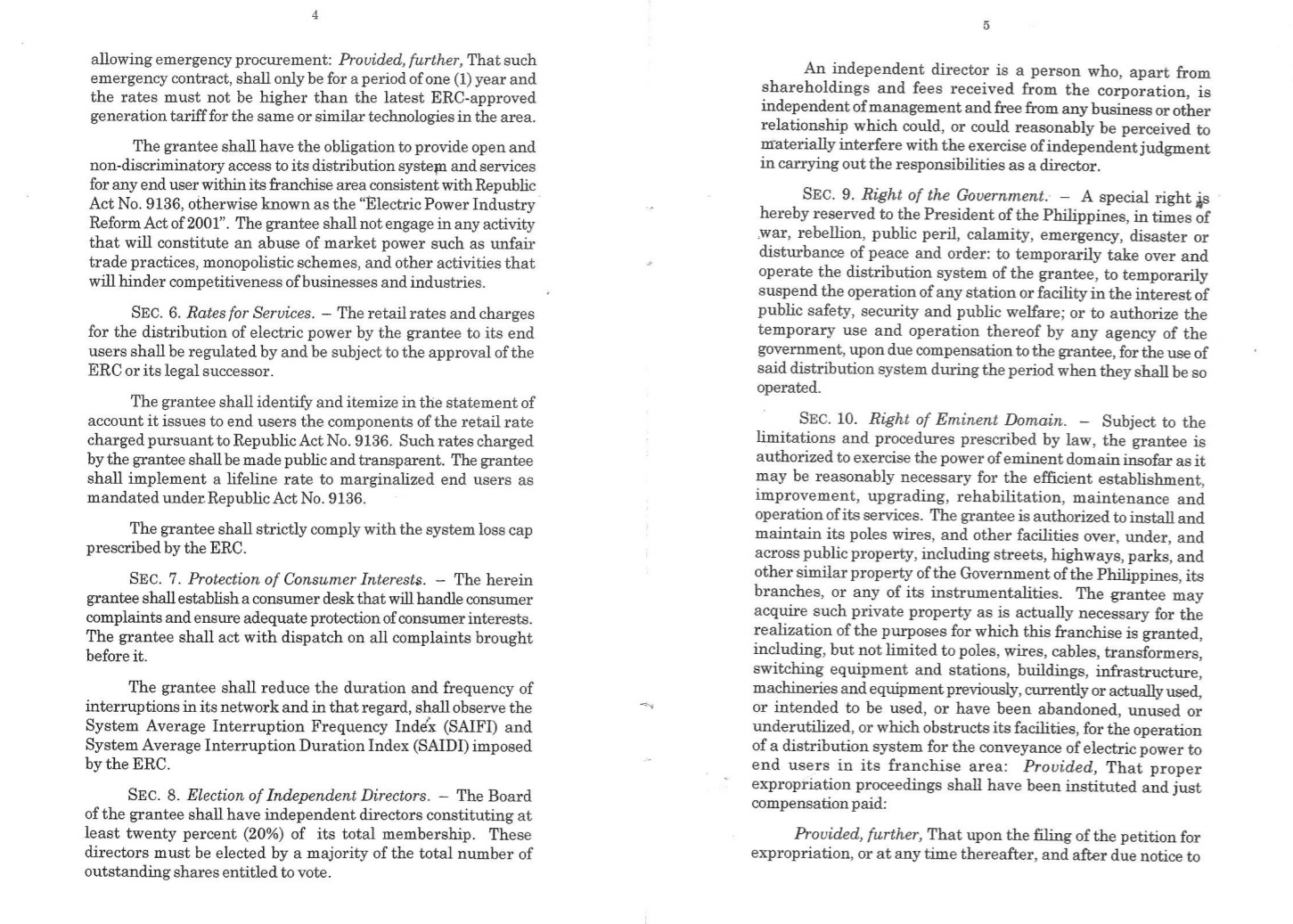 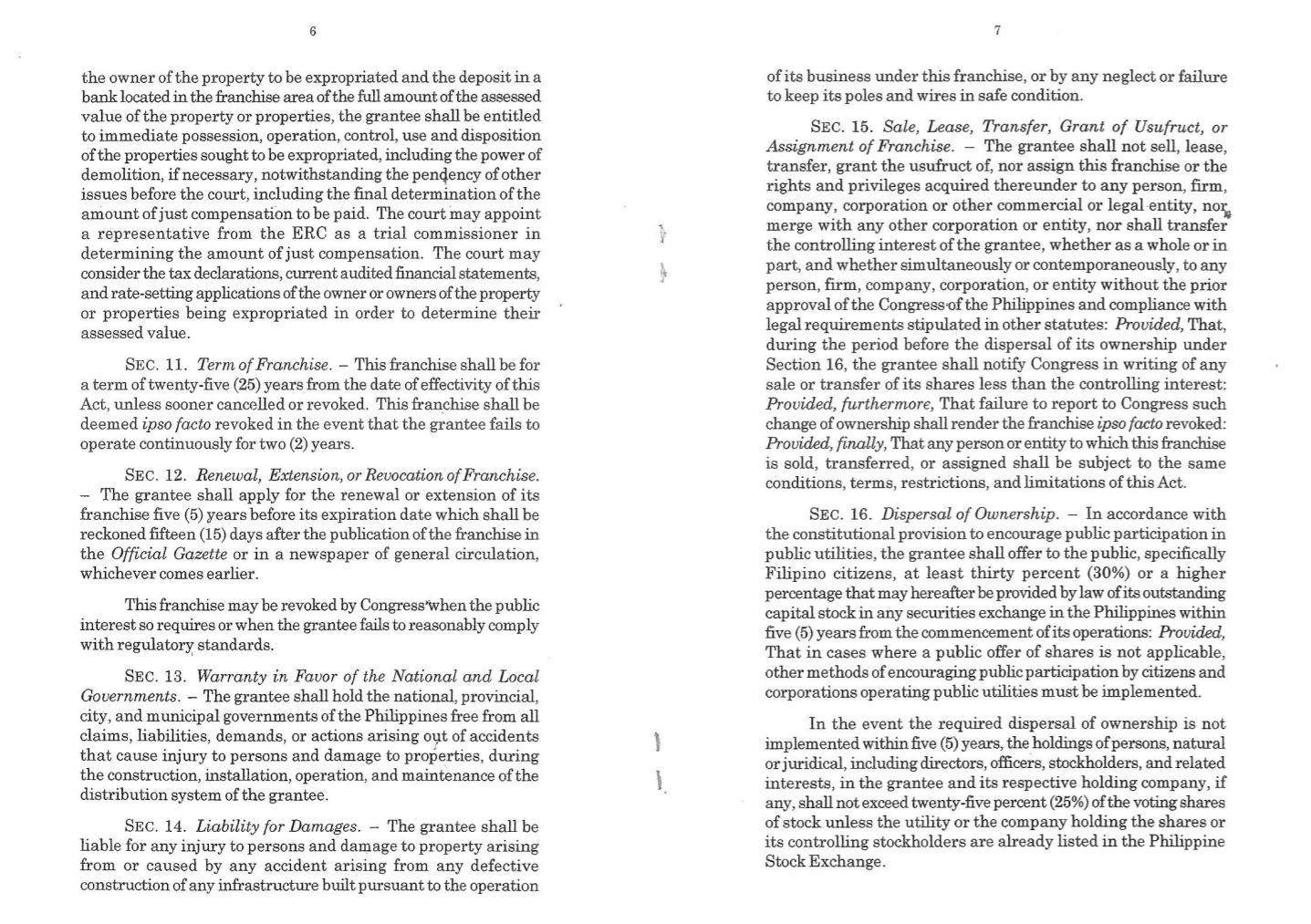 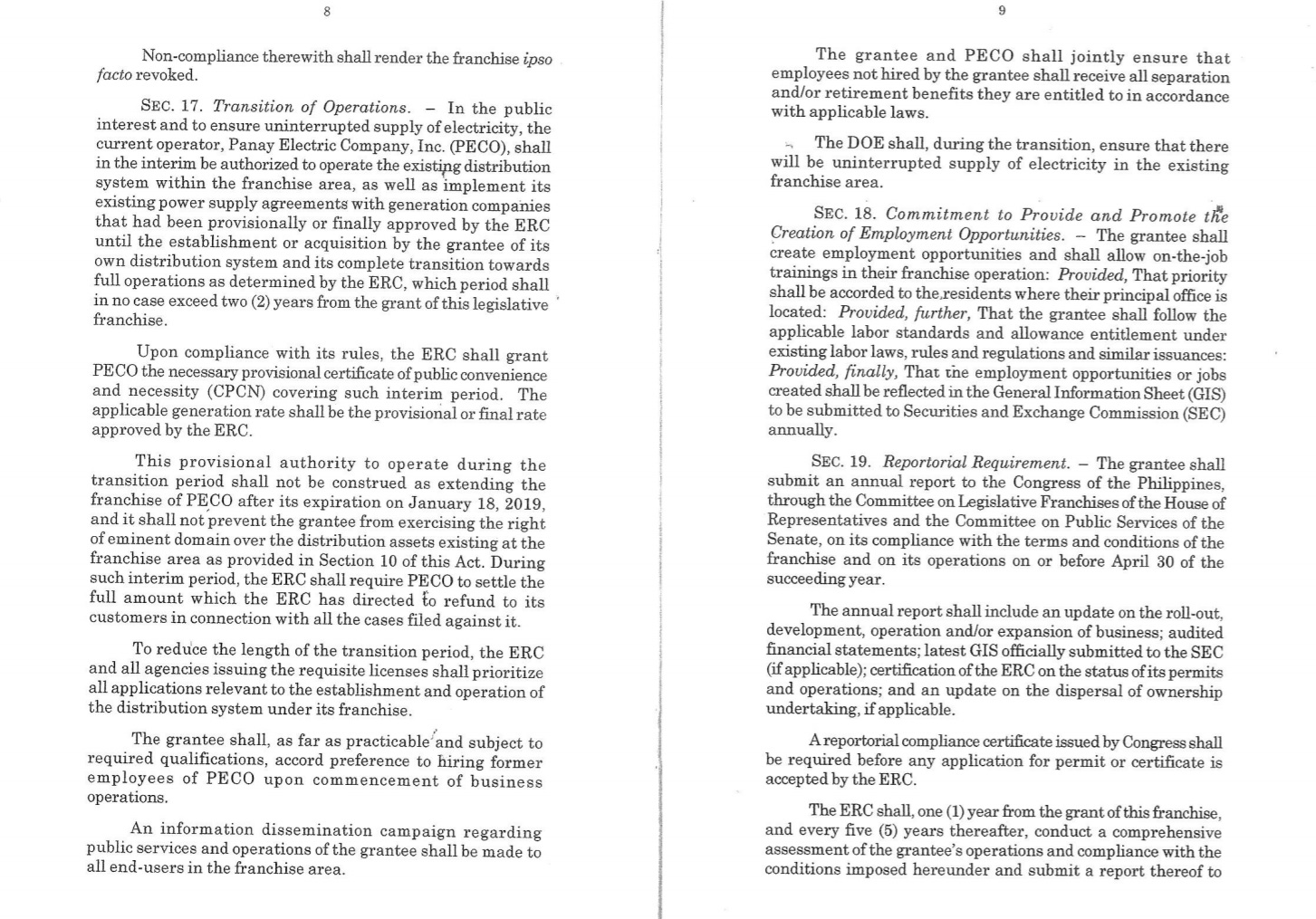 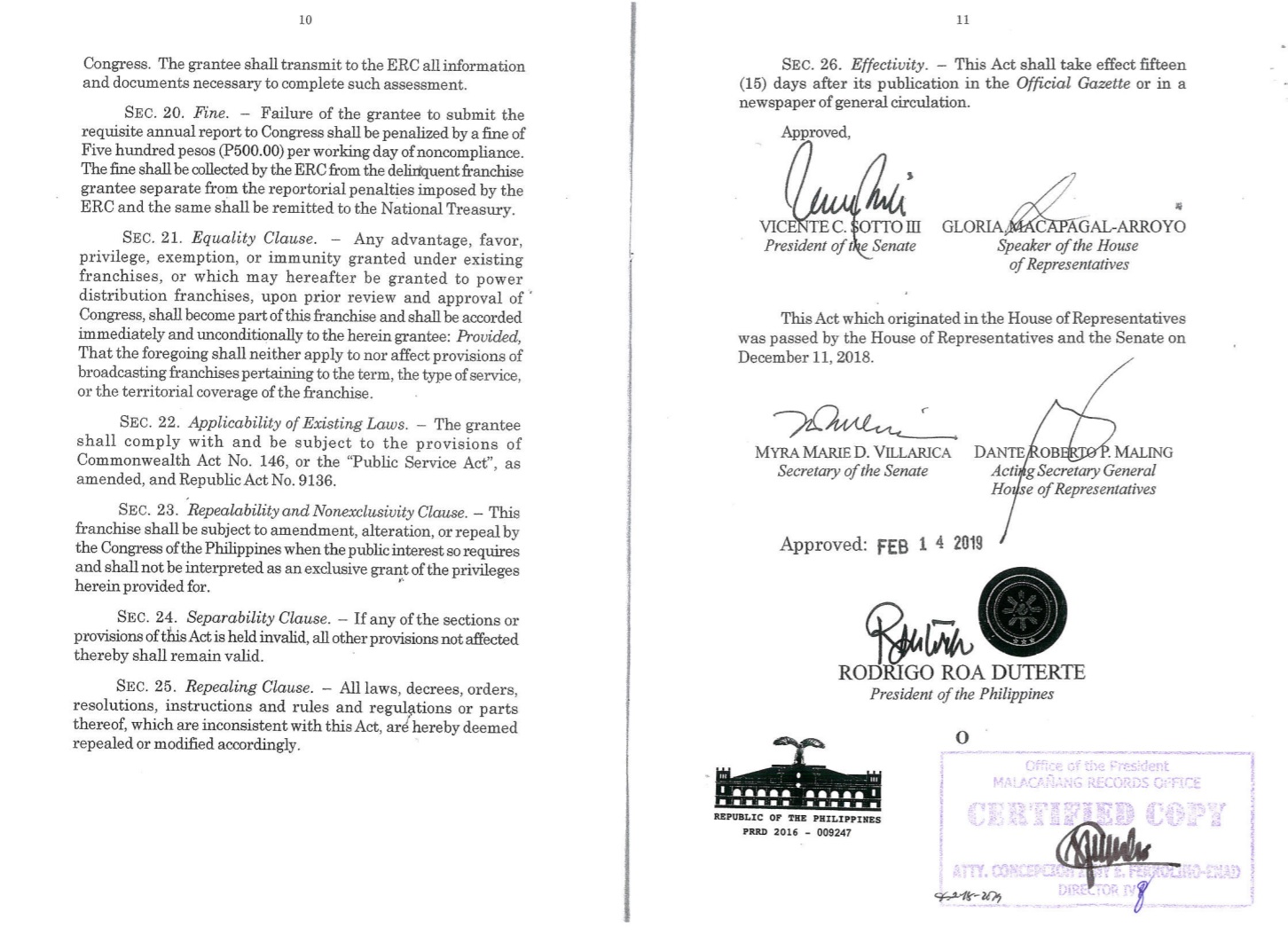 More Electric Power Corp., is a company headed by billionaire Enrique Razon. It’s franchise application was filed in Congress as House Bill 8302 on August 26, 2018 and approved on October 10, 2018. It hurdled the Senate conference committee on December 11, and transmitted to the President for signing on January 16, 2019. (With reports from ABS-CBN News)