In an initial report by AksyonRadyo, the boat named MV Tawash had just left the Parola wharf on the way to Jordan when gusty winds and waves overturned the vessel.

Update: Mary Ann Gallego, passenger of the capsized boat, passed away early morning of Monday at St. Paul’s Hospital, bumping the casualties to 7.

Lieutenant Edison Diaz of Philippine Coast Guard said that boat was carrying 33 passengers and five crew when it capsized. The rescue operation is still ongoing, and six persons including an 8-year-old girl were already brought to hospitals in Iloilo.

Facebook user Mark Provido Piad shared on social media photos of the toppled boat with some passengers hanging onto it. 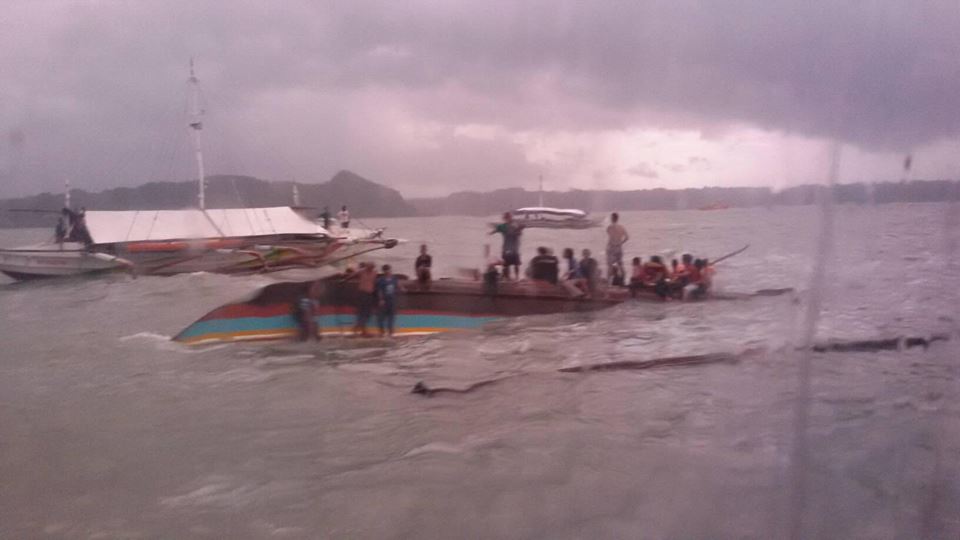 Coast Guard Iloilo said that they are still rescuing the passengers, six of them have already been brought to Iloilo hospitals including an 8-year-old girl.

Gumarin assured that the province of Guimaras will provide assistance to all the victims.