Starting Monday, February 1, minimum fare for public utility jeepneys in Iloilo and the rest of Western Visayas will only be P6.50, while students, persons-with-disabilities, and senior citizens will only pay P5.00. 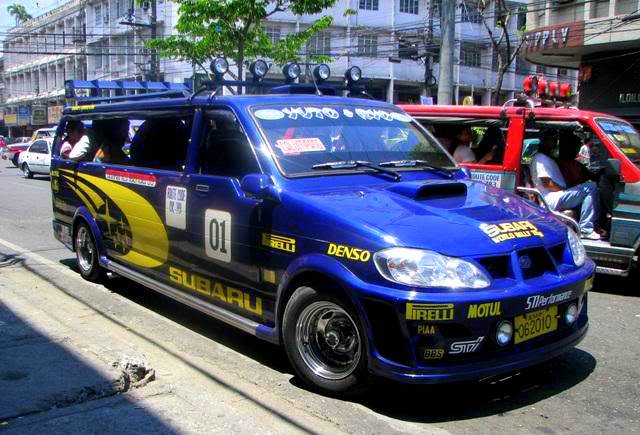 The Land Transportation Franchising and Regulatory Board (LTFRB) approved on Thursday the the provisional fare cut reduction for the first five kilometers due to a series of rollbacks in diesel prices recently.

LTFRB-6 director Romulo Bernardes made the recommendation for the fare cut to the Board on January 27, after holding public consultations in Bacolod and Iloilo, where all stakeholders agreed on the fifty-centavo reduction. 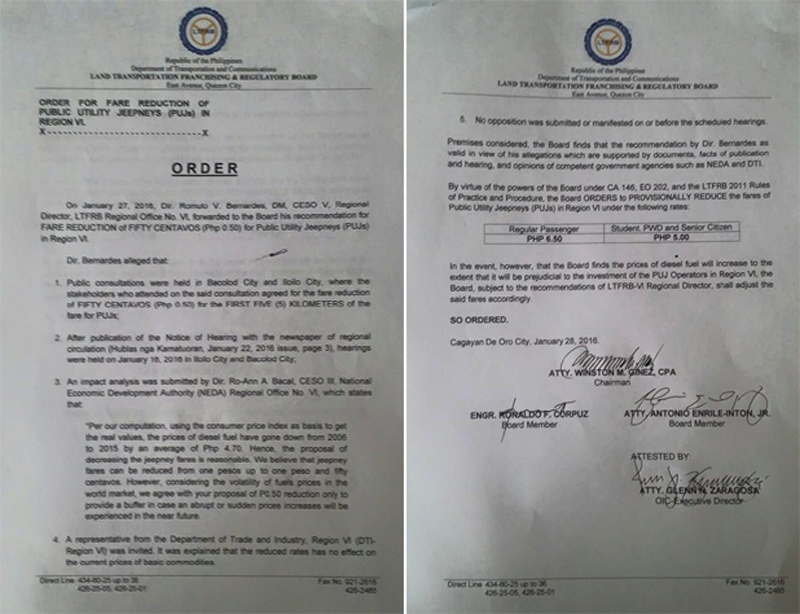 Department of Trade and Industry (DTI) and the National Economic and Development Authority (NEDA) also find the reduced rate ‘reasonable’ and ‘has no effect on the current price of basic commodities.’

The LTFRB order that “in the event, however, that the Board finds the prices of diesel fuel will increase to the extent that it will be prejudicial to the investment of PUJ Operators in Region VI, the Board, subject to the recommendations of LTFBR-VI Regional Director, shall adjust the said fares accordingly.”