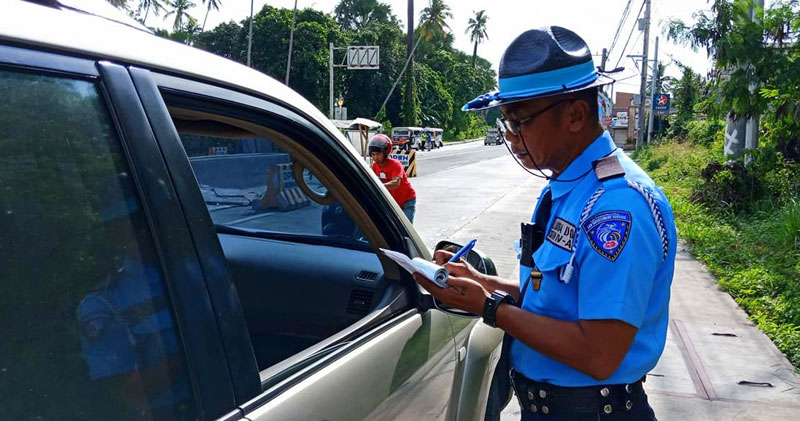 The Department of Transportation-Land Transportation Office (DOTr-LTO) said it has apprehended nine hundred sixty-nine (969) violators of different land transport and traffic laws during the conduct of the National Intensified Enforcement.

According to LTO Assistant Secretary Edgar C. Galvante, the activity is part of LTO’s continuing enforcement program which aims to prevent road crash incidents. It is also in compliance with President Rodrigo Roa Duterte’s instruction for the LTO and other concerned government agencies to conduct joint operations against violators of road transport and traffic laws, rules and regulations.

The LTO – Law Enforcement Service’s (LES’) partial report as of 2:00 p.m. today shows that 969 were apprehended for violations of different land transport and traffic laws, broken down as follows:

Fifty-nine (59) motor vehicle drivers were also flagged down and reminded to follow land transport and traffic laws, rules and regulations.

According to the LTO Chief, all Regional Offices have been instructed to conduct continuous operations, in cooperation with their respective counterparts in different agencies such as the Philippine National Police- Highway Patrol Group (PNP-HPG), the Department of Public Works and Highways (DPWH), Metropolitan Manila Development Authority (MMDA), the operators of toll roads, i.e. NLEX-SLEX, and local government units (LGUs). (LTO PR | Photo by Bandilyo)