Mang Inasal, the fastest growing fast-food restaurant that serves the 2-in-1 sa Laki, Nuot-sa-Ihaw Sarap Chicken Inasal loved by everyone, celebrates a milestone as it formally opens its 500th store in the city where it all began – Iloilo.

The well-loved grillery chain already gave Filipinos a preview of the milestone store located at the Iloilo City Center, West Diversion Road in Mandurriao, Iloilo City when it made a soft opening in April.

Mang Inasal kicked off the grand opening festivities on June 19, with the unveiling of a commemorative 500th store marker. It is made up of banana leaves encased in resin and arranged in Pintados pattern. The inscription takes pride of Mang Inasal’s growth in the past 15 years.

“Mang Inasal is happy to share its milestone of reaching 500 stores with Filipinos who have been with us in our journey in the food service industry,” said Mang Inasal Strategic Business Unit Head Jojo P. Subido as he welcomed everyone to the celebration.

Mr. Sia was honored with a banana leaf token to pay tribute to his visionary leadership. Mayor Espinosa expressed appreciation to MI for its decision to go back to its roots. The 500th store is the 17th Mang Inasal store in Iloilo City.

The 500th store is unlike any other Mang Inasal branch. Its distinct exterior displays a fresh and contemporary appeal but without losing Mang Inasal’s unique Filipino sentimentality. 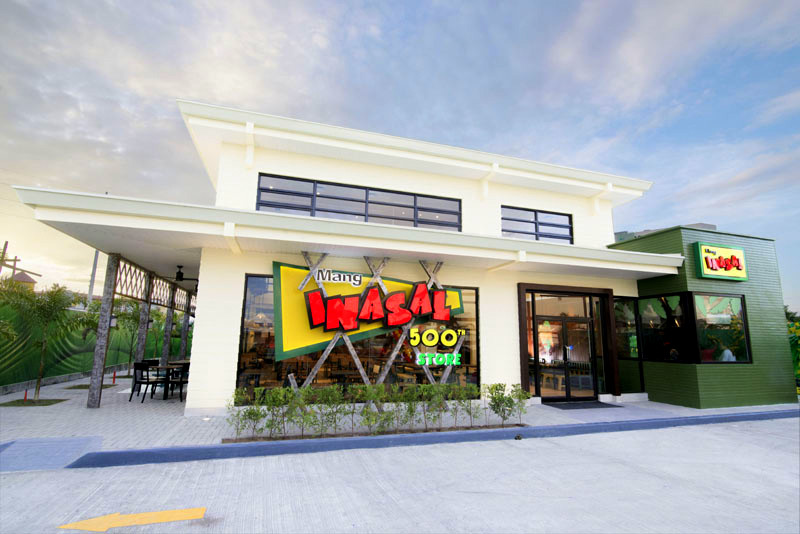 Inspired by houses built in the post-war era, the milestone store is designed to have a simple, functional, and commonplace aesthetics, according to JFC Corporate Global Real Estate Chief Real Estate Officer, William Tan Untiong.

Meanwhile, the employees of the Mang Inasal 500th Store are also dressed up in a new set of uniforms designed by renowned fashion designer Rajo Laurel.