Senator Cynthia Villar, chairperson of the Senate committee on Agriculture and Food, is eyeing to establish “Mango School’ in the island province of Guimaras. 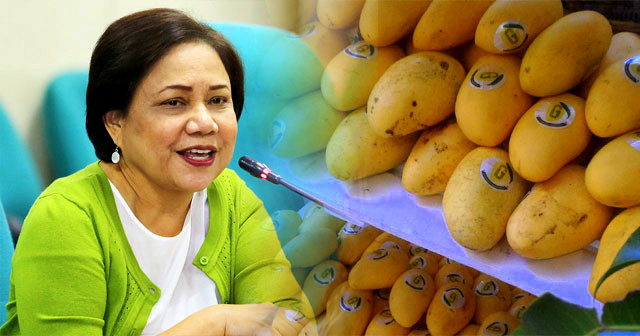 She said that it will be the first ever mango school in the country.

The proposed school is a farm school that will specialize in growing mangoes and will teach ordinary residents how to plant mango and to improve the production in the province, Villar said in a recent media interview.

Villar said that she is planning to send representatives from the Agricultural Training Institute (ATI) in the coming days to Guimaras to develop the mango school.

She added that the school will be supported by the Technical Education and Skills Development Authority to pay for the tuition of students.

Villar said that the province has the National Mango Research and Development Center located at village of San Miguel in Jordan town.

She said that the results of the various researches from the center could be used as teaching materials at the mango school.

“Because you have the best mango in the Philippines, then you should teach the best practices in mango planting,” she said.

The senator said that Guimaras province has 650,000 hectares of agricultural land but only it only grows around 300,000 mango trees.

“That means, each hectare of the 650,000 hectares land has not yet been planted with mango (tree), so there are still a lot of opportunities,” she said.

For his part, Guimaras Governor Samuel Gumarin said he welcomes the establishment of the proposed mango school.

“It was an innovation which we would like to go because for years, we have strived to improve the mango industry in the province,” he said.

Gumarin said that they just like most of the people, he thought that Guimaras has a lot of mangoes but he realized that only 6,000 of the 650,000 hectares of agricultural land in their province have with mango trees.

“It was not nearly ten percent,” he said.

The governor hopes the proposed school will be realized soon so they could improve mango production in the province. (By Cindy Ferrer, PNA)