Ilongga senator Miriam Defensor Santiago will end her term in a medical leave as she continues to receive treatment for cancer. 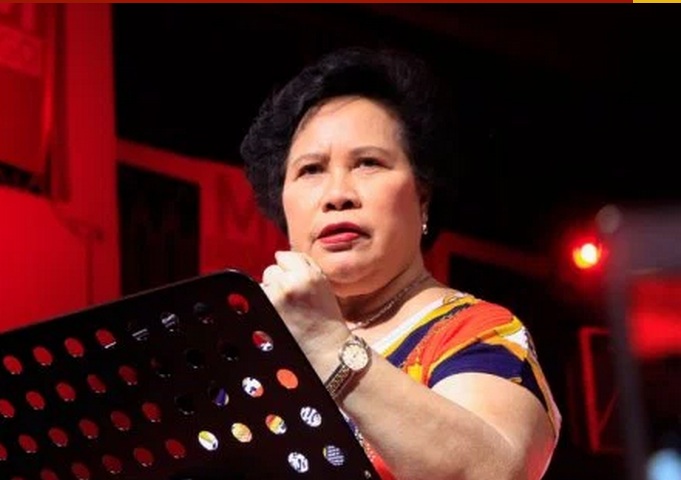 In a letter sent to Senate President Franklin Drilon, the feisty senator from LaPaz, Iloilo City said that she is taking medications “which renders me physically and mentally weak.”

This signifies that I shall continue on medical leave for cancer. One of the medications has produced a side effect of anorexia (inability to eat), which renders me physically and mentally weak. In any event, my staff and I shall be ready to vacate our offices by 30 June 2016. Thank you.” 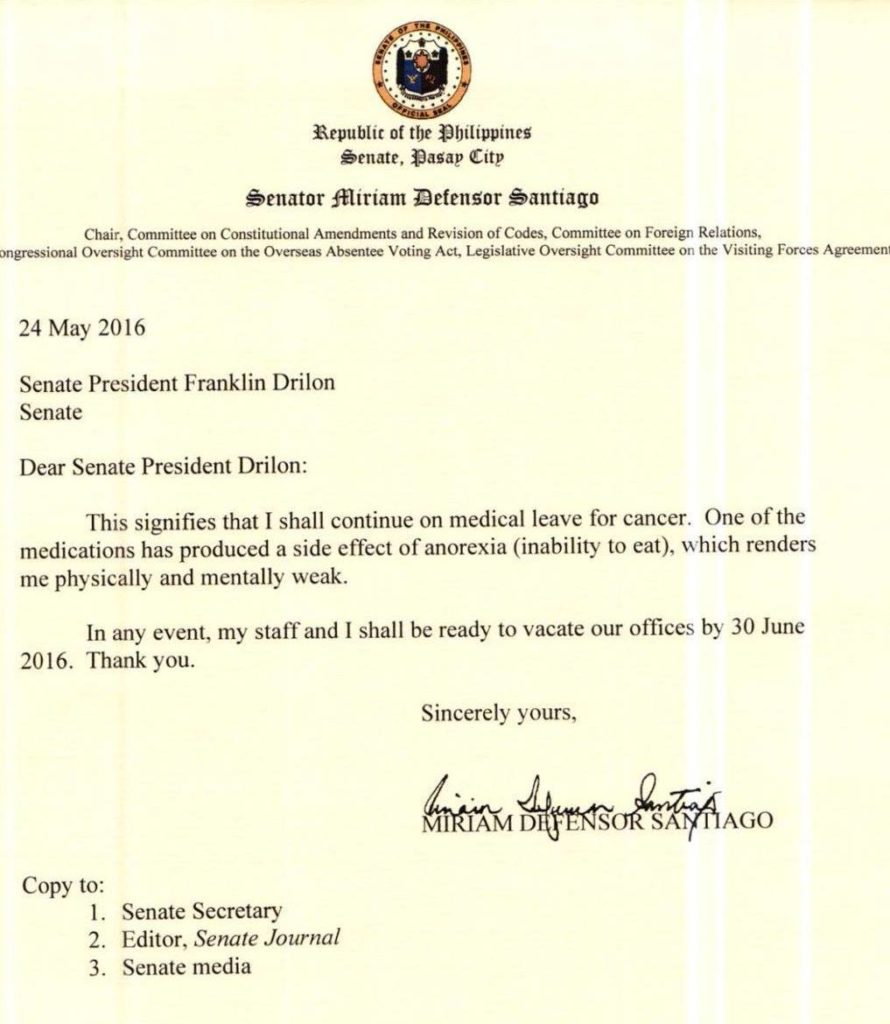 Santiago continued to discharge her duties in the Senate after announcing in July 2014 that she was diagnosed with stage 4 lung cancer.

She also joined the presidential election race for the 3rd time this May 2016 but failed lost to Mayor Rodrigo Duterte of Davao.