A Mitsubishi Montero Sports vehicle crashed into a living room of a house at Monte Rosa Subdivision in Hibao-an, Mandurriao allegedly due to ‘sudden unintended acceleration.’ 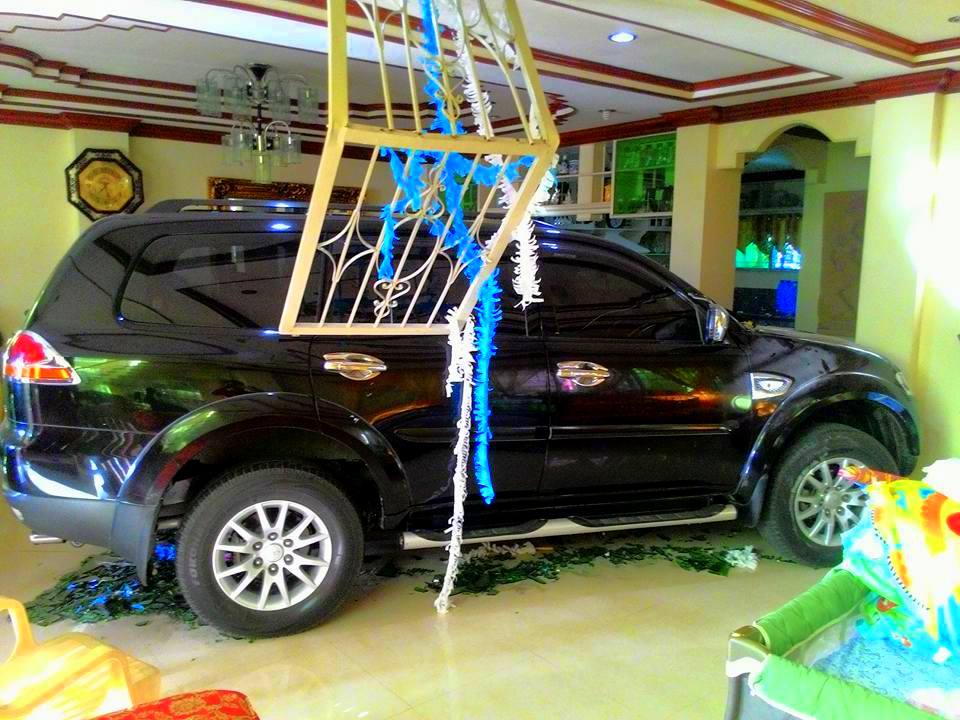 Gregorio Deloeste, the driver of the sports utility vehicle, said over the radio interview that he was about to park the 2012 Montero Sports (with registration plate TOB-466) owned by his nephew Cyril Cerbania at the garage around 11PM of December 7 when the incident happened.

He claimed that the Montero went ‘wild’ and plowed steel grills and into their living room. He had to crash the vehicle into one of the house’s foundations to stop it from running.

Part of the ceiling of the house collapsed and several appliances and furniture were damaged.

Car dealer Avescor Motors sent their VP for Operations Mr. Allan Palacios to the house to investigate and gather data for reporting to Mitsubishi Philippines in Manila.

The Cerbanias will submit a formal complaint before the Mitsubishi Motors Philippines Corporation (MMPC) and the Department of Trade and Industry (DTI).

Several complaints have been reported about the Mitsubishi Montero’s sudden unintended acceleration (SUA), which has recently been hot topic in social media.

In a statement, MMPC stood its ground that the Montero Sports has “no defect or malfunction that would result in the alleged sudden unintended acceleration.”

“MMPC would like to assure the public that the Montero Sport is neither defective nor unsafe to use,” they insisted. [Image credits: Emmanuel Capacio]