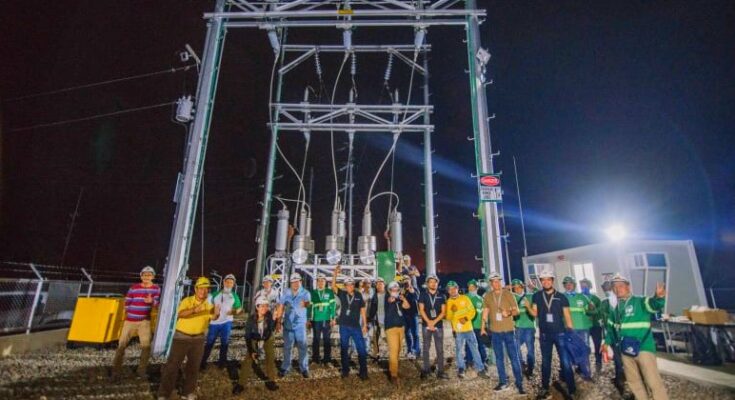 The Banuyao switching facility connects all substations of MORE Power to the National Grid Corporation of the Philippines (NGCP), which is integral in lowering Iloilo City’s electricity rate. The switching station is one of the many initiatives of the distribution utility under its modernization program.

MORE Power inaugurated the facility on May 18 and energized it on May 26 to give the DU 100% connection to the grid. This enables Iloilo City to source its power supply needs from the Wholesale Electricity Spot Market (WESM), the venue for trading electricity as a commodity.

MORE Power President and Chief Operating Officer Roel Castro said during the inauguration that through this switching station, the DU can now opt for a much cheaper power supply from WESM and Power Sector Assets and Liabilities Management Corporation (PSALM).

“Though prices in the WESM are highly volatile, it is also noteworthy that on the average, WESM prices are relatively low especially during off-peak periods,” Castro said. “MORE Power is an active participant in the WESM and very responsive to the movement of spot market prices.”

Castro announced that starting January next year, MORE Power will undertake the Competitive Selection Process (CSP) for its long-term power supply requirement to provide more competitive and better electricity rates to the consumers of Iloilo City.

For about a year already, at least 70 percent of the needed generation for Iloilo City is being supplied by Global Business Power, an agreement stipulated in the 1-year emergency contract between MORE and GBP when the former took over the distribution utility in this southern metropolis.

Despite this, MORE Power was able to reduce the power rate for its consumers by buying the remaining 30% from other producers at a cheaper price.

“This switching station will certainly play an important role in strengthening MORE Power’s service reliability and in making cheaper rates much more possible for the benefit of all our consumers,” Castro further said.

He added that MORE Power will continue to invest in its upgrading program to make sure that the facilities for capacity and reliability will be achieved.

“Little by little we are doing that. We will be expanding most of the areas covered by our existing substations, and we will be building additional substations because we need to synchronize our capacity where we are connected,” he said.

For his part, Mayor Jerry Treñas lauded once again the effort being made by MORE Power to elevate its services and extolled how it has proven to be a reliable partner in the development of Iloilo City “in so many ways”.

“More Power is not just a distribution or electric company in Iloilo City, it is a partner of the city government for the development of our beloved city,” he said.

Treñas even mentioned that MORE Power played a big part in the LGU’s vaccination program by supporting it with the purchase of more vaccines for the residents of Iloilo City.

“All of these developments that MORE Power is bringing into Iloilo will definitely benefit the Ilonggos as well as our investors,” he said, emphasizing, “With MORE power here as our partner, we are certain of a stable distribution company that will bring in more investments for Iloilo City and more employment for Ilonggos.”