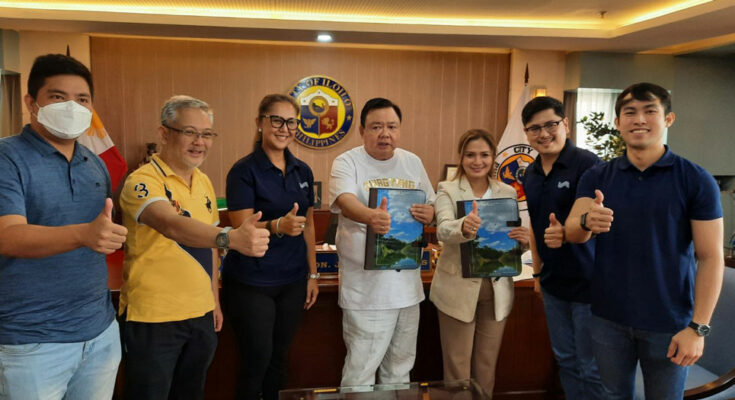 If there are two things, we learned from the Festivities in Iloilo last week during the Dinagyang Festival, it’s that Dinagyang throws the grandest festivity in the country every January and that the people of Iloilo know how to enjoy them.

While the Ilonggo’s filled the festivities with more traditional fanfare—from street dancing activities, pageantry, competition to face painting, and food hunts, the nights were soundtracked with beats from the most exciting DJs in key parties around the city.

“We are thankful for our partnership with the Local Government of Iloilo City and Iloilo Festival Foundation Inc which allowed Metro Pacific Iloilo Water to be part of the grand comeback of Dinagyang after a long hiatus since 2020. This gave us an opportunity to help bring an epic festival experience to all visitors all over the world. We also offered on-ground assistance via our hydration booths, provision of water supply delivery in static tanks stationed in select competition judging areas and classrooms in the city which function as lounge areas to keep our customers, the party-goers, Dinagyang Tribes and performers hydrated,” said Engr. Robert Cabiles, Metro Pacific Iloilo Water Chief Operating Officer.

MPIW’s Executives from its mother company Metro Pacific Water also joined the festivities and presented Iloilo City Mayor Jerry Trenas and Congressman Jam-Jam Baronda with a token made from water hyacinth to congratulate both for the successful celebration of the festival.

In the appreciation dinner for the Dinagyang sponsors and partners Mayor Jerry Trenas expressed during his speech that he is “glad that Metro Pacific Iloilo Water is in Iloilo to improve the water services in the City.”

Throughout the festival, MPIW has lent its support to the local city government, its attached agencies, IFFI, performers, hotels, businesses, and its partners for an uninterrupted water supply during the festivities. MPIW will ramp up the construction and rehabilitation of its water infrastructure projects starting this 2023 to fast track the improvement of water services for Ilonggo communities.

Metro Pacific Iloilo Water was established by the Metro Iloilo Water District and Metro Pacific Water (MPW), which is the lead investor for all water and wastewater infrastructure projects of Metro Pacific Investments Corporation (MPIC) outside Metro Manila. MPW owns 80 percent of MPIW while MIWD holds the remaining 20 percent. MPIW covers the operation, rehabilitation, and maintenance of the water distribution and wastewater management facilities of MIWD.