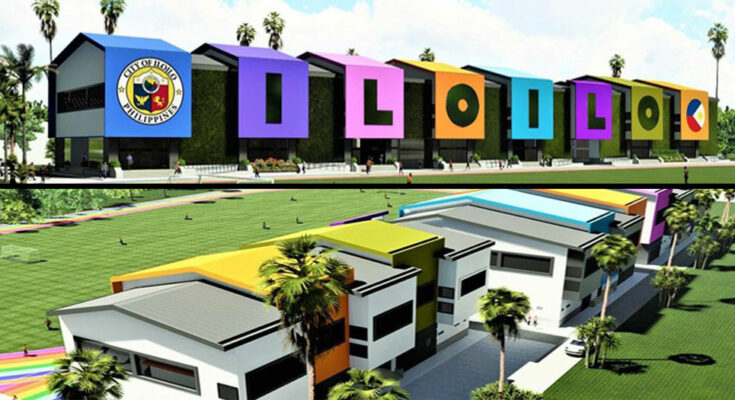 The Iloilo City Government has partnered with the Department of Public Works and Highways (DPWH) in constructing new multi-purpose buildings (MPB) to provide additional facilities in various districts of Iloilo City.

On-going in the district of Lapuz is the construction of the Iloilo City Sports Complex (Jalandoni Sports Center) in Jalandoni Memorial National High School which will provide a standard, comfortable, conducive training environment that would help Iloilo develop competitive athletes.

With an allotment of P200 million funded under the District’s Local Infrastructure Program (LIP), the multi-year project consists of three (3) two-storey buildings with a total floor area of 5,184 square meters. An initial amount of ₱50 million was released in 2020 to jumpstart the project, which involved earthworks and concrete works (footing, column, slab on ground floor, and partial construction of suspended slab on second floor).

In the districts of Jaro and Molo, newly-completed MPBs now serve as a venue for the academic, social, and fitness development of Ilonggos.
DPWH Iloilo City District Engineering Office (DEO) has finished an P8-million MPB in Jaro National High School and a P4.46-million newly-refurbished community hall in Molo which can now be used for various functions and other events organized by the local government, and also serve as temporary shelter for locals during calamities and other emergencies.