Iloilo City will have its new grandstand in 2019 and bidding will start soon, Mayor Jed Patrick Mabilog said on Monday. 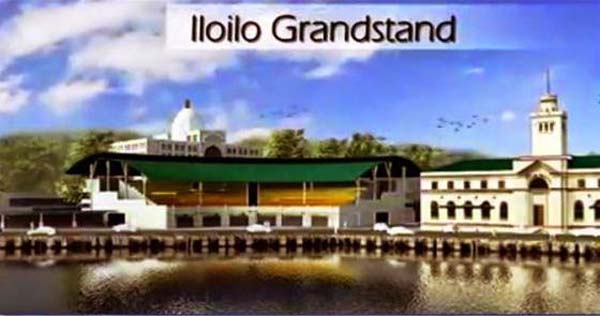 Mabilog, in an interview, said the design of the new Iloilo Freedom Grandstand was completed and its PHP100-million budget to be sourced from the city government’s General Fund has been approved. “We are waiting for the bidding of the project to start,” Mabilog said.

The new Iloilo Freedom Grandstand is to be located at corner Aduana-Muelle Loney Streets in city proper district here.

The infrastructure will be built in the more or less 2,600 square-meter property the city acquired from Panay Railways, Inc.

Mabilog said the city government set aside PHP100 million for the project; of the amount, a total of PHP50 million is allocated for the construction of the multi-purpose building at the back of the grandstand, which also gets an allocation of PHP50 million.

The new Iloilo Freedom Grandstand will face the historic and scenic Iloilo River. It is designed to accommodate at least 4,000 crowd, while the multi-purpose building will be the new home of some City Hall offices like the City Disaster Risk Reduction and Management Office (CDRRMO), Iloilo City Urban Poor Affairs Office (ICUPAO), Transportation Management and Traffic Regulation Office (TMTRO), among others.

The city initially targets to complete the grandstand on or before January 2018, in time for the golden anniversary of Iloilo’s prime tourism event, the Dinagyang Festival.

The ICUPAO and the Task Force Anti-Squatting and Illegal Structures (TF ASIS) had recently met with the 38 illegal settlers in the city’s property to discuss their relocation to the city’s housing units.

TF ASIS Executive Director Engr. Roberto Dumanil said the illegal settlers were briefed of the city’s project as early as January this year. [By Maricyn A. De los Santos, PNA]