An honest Ilongga passenger of Jaro-Liko jeepney returned a plastic envelope with P100,000 cash and bank passbook to its rightful owner on Thursday morning, August 13. 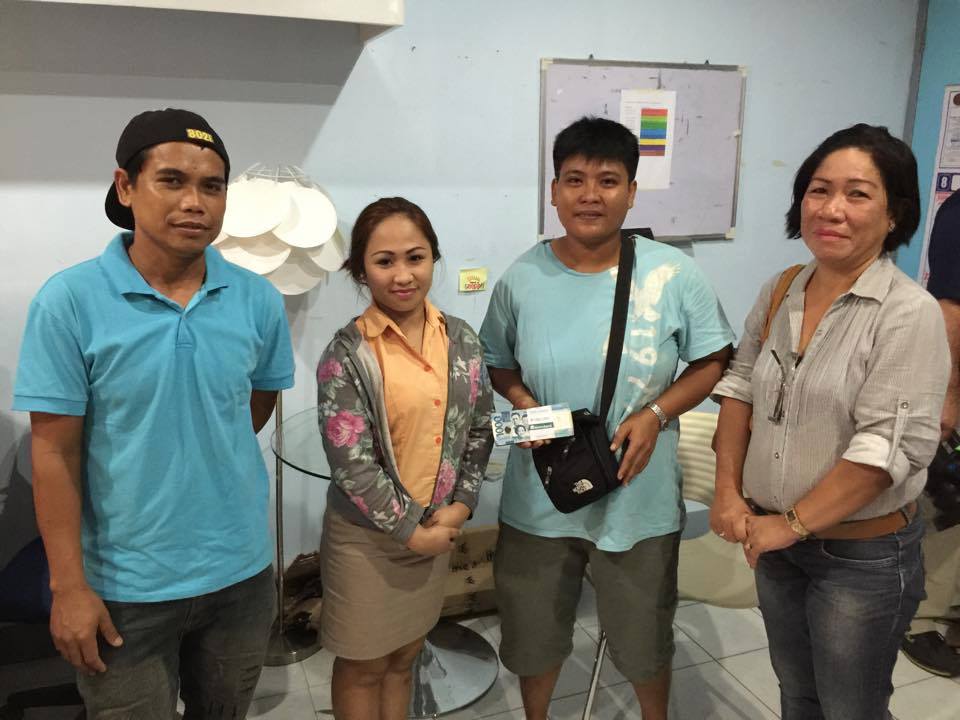 Twenty-four-year old Apple Jean Pineda, a cashier of Munsterrific Convenience Store in Lapaz, boarded the public utility jeepney on her way home when she found a plastic envelope with money inside.

When none of the other passengers claimed ownership, she informed the driver, Randy Dakinay, about it. They decided to bring the money and a bank passbook to GMA TV Station at Barangay Tabuc Suba in Jaro District.

“Much as I could use the money, it was not mine and I didn’t work for it. So I had no doubts on returning it,” Pineda said in an interview.

Businesswoman Rodelia Paguntalan came to the TV station to claim the money. She asked Mary Joy Calopez to deposit the money in the bank but the later lost it in the jeepney.

Paguntalan and Calopez were very thankful to Pineda and Dakinay for their honesty, and rewarded them with P2,000 pesos each. [Photo credits to Ratsada 24 Oras]