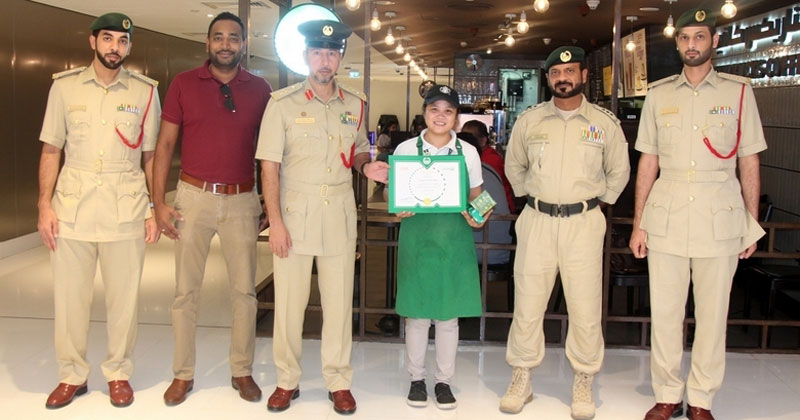 An honest Filipina working at a coffee shop in Dubai, United Arab Emirates returned a bag full of cash, checks and personal documents.

Mae Anne Olmidillo, who works for Starbucks in The Dubai Mall, found a bag left by a customer containing Dh195,000 (around ₱2.7 million) cash, a checkbook, two checks worth Dh506,250 (around ₱7 million) and a bunch of personal documents.

“I and my colleague Rosslyn Nini found the bag at 6pm at the store we work in, which is the Starbucks in Reel Cinemas in Dubai Mall. We kept it for a while and thought maybe the owner would come back to pick it up,” said Olmidillo, who has been working at Starbucks for six years.

“After two hours, no one came and we checked what was inside the bag. When we opened it, I was shocked to find so much money. I told my district manager and then we called our lost prevention department and tried to check the CCTV cameras, but no luck!”

“We called the police and they were surprised that the owner had forgotten it. The police called him. He was sleeping at that time and didn’t even know the bag was missing. The police asked if he had lost a bag and it was only then he realized his lapse. He was really tired and very thankful.”

Colonel Rashid Mohammed Saleh Al-Shehhi, acting director of Bur Dubai Police Station in Dubai, honored the Filipina worker for her honesty and praised her positive response, to emphasize the importance of collaboration between the community and police.

Olmidillo said it is “part of a promise” by Starbucks employees to their customers to return any lost and forgotten items.

“When I found the money, I never hesitated to return it to the real owner. I know it’s not mine and I believe God will give me something in return,” Olmidillo said. (via Khaleejtimes.com | Photos by Dubai Police)