Department of Environment and Natural Resources in Region 6 (DENR-6) has reported sighting of rare migratory Brent Goose in Hinactacan, Lapaz, the only record of such visit in the Philippines. 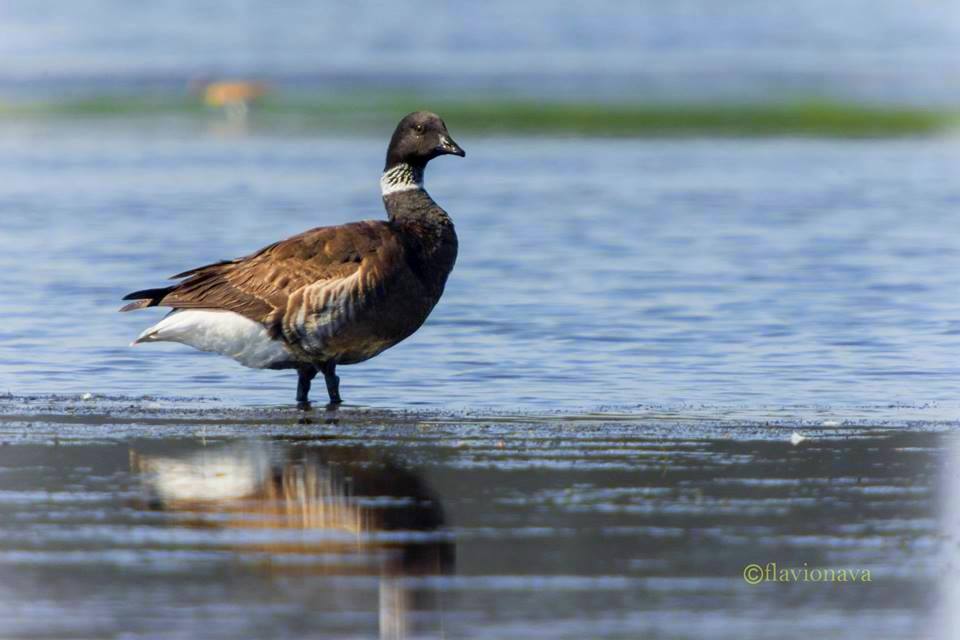 In what could be called a rare migratory stop, the Brent Goose (Branta bernicla nigricans) surprised a team of the DENR – Conservation and Development Division when they saw it wading through the waters in a fishpond adjacent to the coastal area in Hinactacan.

The Brent Goose was feeding on algae and water plants seen early morning and while moving to a different location towards the mangrove areas when fire crackers were fired to scare the egrets feeding on bangus fingerlings.

Amazed by the figure caught his lens, Rachel Casio of CDD reported the sighting of an extraordinary black goose that was never monitored on sight before to the bird experts of Philippines Biodiversity Conservation Foundation, Inc. (PBCFI) on February 4, 2017. 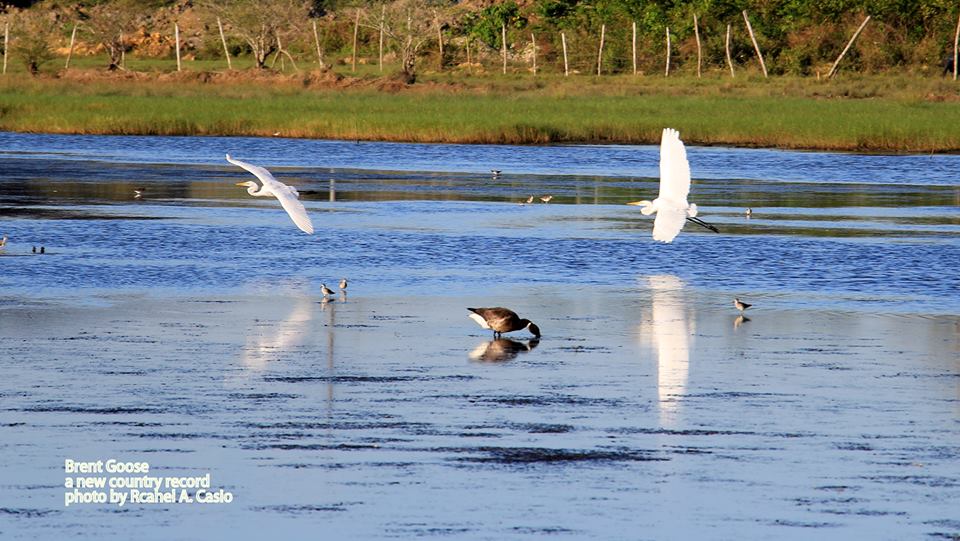 The discovery of Mr. Casio was the result of an intensive training on Waterbird Identification and Wetlands Monitoring conducted by the DENR-CDD last January 4-7, 2017, along with other DENR-6 technical personnel and counterparts from field offices.

Hinactacan is on DENR list as one of the wetlands in the region.

On February 5, PBCFI’s bird experts Philip Godfrey Jakosalem and Liza Paguntalan validated the existence of the species. They also confirmed that this is the first recorded visit of the Brent Goose in the Philippines.

“We are elated with this discovery. This is why we need to further strengthen the protection of our wetlands which are home to rare migratory birds such as Brent Goose. The Philippines is the most diverse among the mega diverse countries of the world, and it is but right that we continue protecting and preserving our rich natural environment,” said DENR-6 Regional Director Jim O. Sampulna.

The usual migratory range of Brent Goose is from the extreme north-eastern Siberia to north-central Canada. It mainly winters down the Pacific coastline of North America, from Alaska south to Baja, California, as well as Japan and Kamchatka, Russia.

It breeds in eastern part of North Asia and Alaska, a rare visitor to the north part of East Asia in non-breeding period. The species could be found in variety of habitats including lakes, marshes in coastal tundra, otherwise on mudflats and coastal grasslands.

This coming October 2017, the Philippines will host the Conference of Parties for Migratory Species. [via DENR6 | Photos by Flavio Nava, Rach Casio]