Iloilo City Council has unanimously approved in Tuesday, February 4, 2014 a city ordinance reclassifying the land from fishponds and salt beds to industrial use at Brgy. Ingore, La Paz, Iloilo City. 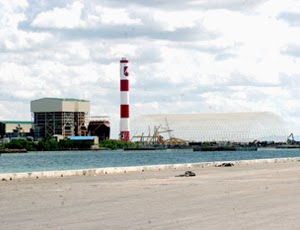 As requested by Petronilo Madrid, vice presidentf or operations of Panay Energy Development Corp PEDC), a subsidiary of Global Business Power Corp. of Metrobank Group, the lot in question is a 24.9 hectare area earmarked for the construction of a second coal fired power plant owned bythe same company.

The new plant is proposed to generate 150 megawatts (MW) of power and construction is set to start by the middle of 2014 with commercial operations by July 2016.

PEDC is expanding its load based power projects in Iloilo City and the new power plant is on top of the existing two 82MW coal fired power units also located at the nearby area.

Madrid earlier said that his company is recognizing the fast economic boom of the city with many recent international and national business locators in the city. the need for adequate and sustaining power supply is a must for a growing city and his company is ready to supply the power needs. By Lydia C. Pendon