SM City Iloilo will be showing seven Korean movies for free as part of 2015 Korean Film Festival on September 24-27, 2015. 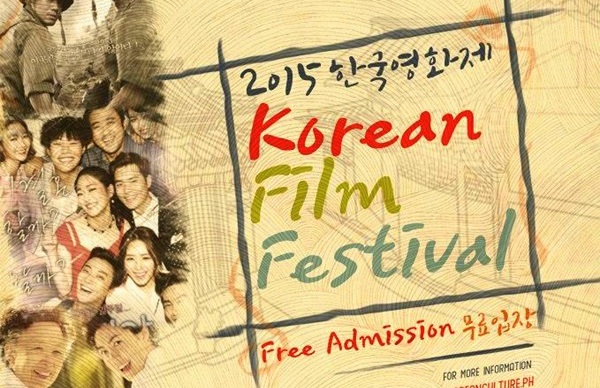 The seven movies with English subtitles which will be shown on SM Cinema 8 are “The Thieves,” “Miss Granny,” “Cold Eyes,” “Front Line,” “Hope,” “Marriage Blue” and “Duresori: Voice of the East.”

“Miss Granny” is about 74-year-old widow Oh Mal-Soon who is transformed back to her 20-year-old self after having her photo taken at a mysterious photo studio. She renames herself Oh Doo-ri and enjoys her youth by pursuing her dream to become a singer together with her grandson Ji-ha, who doesn’t realize that she’s his grandmother.

“Cold Eyes,” which earned $33 million in South Korea is about a new member of the Korean Police Force’s Special Crimes Unit who is assigned under the team of Detective Hwang Sang-jun and together, they track down James, leader of a bank robbing criminal group.

“Front Line,” set in the 1950s, is about Kang Eun-pyo who is sent to join the Alligator Company at Aerok Hill and is surprised to see his old friend Kim Soo-hyuk there, as an officer of the company.

“Hope” is based on a true story about a family coping up with a daughter having been sexually assaulted and nearly beaten to death by a drunken old stranger.

“Marriage Blue,” is a romantic comedy about four engaged couples who are having second thoughts about marriage.

Shot in documentary style, “Duresori: Voice of the East” is based on a true story about Seul-Gi and Ah-Reum, third year students at the National High School of the Traditional Arts. In their final summer, they are forced to join the school choir as a requirement. A conflict arises between instructor Ms. Ham, who majored in western music, and her students, who major in traditional Korean music.

This year’s Korean Film Festival is organized by Korean Cultural Center in the Philippines (KCC) and the Embassy of the Republic of Korea, in cooperation with the Film Development Council of the Philippines (FDCP), the Film Cultural Exchange Program, Korean Film Council, Korea Copyright Commission, Korea Tourism Organization, SM Cinema and SM Lifestyle Entertainment. [via Source]