“To grow forest, we need to build communities. To build communities, we need to grow livelihood and make these beneficiaries our advocates for environmental conservation, protection, and restoration. All these will be made possible if we also grow partnership with other agencies just like SM Prime Holdings, Inc.,” stressed Atty. Abeb Arboleda-Depon, acting Capiz Provincial Environment and Natural Resources Officer (CaPENRO), during the symbolic turnover ceremony.

To recall, Brgy. Bayuyan was able to plant 5,000 seedlings in support of One Million Trees in One Day Project in 2018. In 2019, SM Prime Holdings, Inc. adopted the said community in compliance with the DENR requirements as to the construction of SM City- Roxas which require them to plant 6,200 trees in the Province of Capiz.

By adopting the community, SM entered into a Memorandum of Agreement with ISF Bayuyan and CaPENRO wherein the former shall allocate the amount of Twenty Pesos (Php20.00) for every tree planted. Fifty percent of the said amount was already turned over last year upon planting of 10,000 seedlings.

This year, the community targets to establish a Narra Tree Plantation. One Thousand Narra seedlings were already forwarded to the ISF for planting. Seedlings were donated by DENR-PENRO Aklan through Aklan Integrated Reforestation Project. 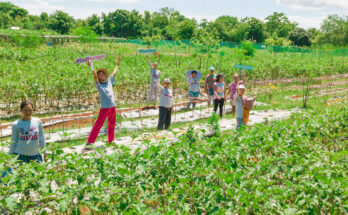 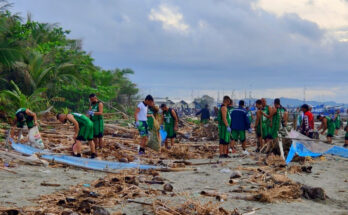