Statements of support from around the globe continue to push Iloilo City Mayor Jed Patrick E. Mabilog to win the 2014 World Mayor Prize organized by the City Mayors Foundation. 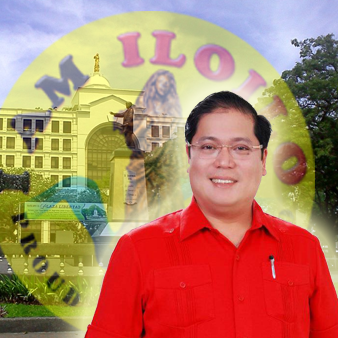 Mabilog is the only local chief executive from the Philippines to make it to the shortlist of 25 finalists globally vying for World Mayor as chosen by the organizers based on statements of support sent through email.

Ilonggos and even foreign netizens from all over the world have shown their support for Mabilog by sending emails as well as posting their congratulatory remarks on social networking sites.

Some have opted to live in the city while seeing the vibrant transformation of the metropolis.

“I am so impressed with what has transpired over the past few years in Iloilo City, so much so that I uprooted where I was living and have moved to Iloilo, even against people’s advice. I think Mayor Jed deserves Mayor of the Year award for without him I doubt this could have been accomplished,” said retired American Jerome K. Lames, past president of Rotary Club of Roxas.

“I am a gastroenterologist from Manila who recently migrated here with my entire family. I super love it here, especially the Esplanade. I am promoting it already through Facebook so that my doctor colleagues can see the beauty of Iloilo,” said Dr. Elvie Razon-Gonzalez, whose husband hails from Jaro district.

The young generation likewise sees a brighter future in store in the booming city.

“Mayor Jed deserves to be recognized as the World Mayor because he is a visionary government leader equipped with a clear sense of purpose. I am truly certain. I will not seek for greener pasture elsewhere but here! Iloilo is my home. It is the next big thing! It is my pride, it is my city,” said Rose Kareen Defensor, student of University of San Agustin.

“He’s the kind of leader we need in our city right now – young, energetic, well-equipped with the best highest education, down to earth kind of person, trustworthy, honesty coupled with transparency in his administration. Ever since he took office till now, so much progress has evolved in Iloilo City and still is on-going, non-stop, moving forward,” agreed Sheila May Cuison.

“I’ve been to the City Hall to visit the City Engineer’s Office for a street lights concern. I was very overwhelmed on how the employees treat me professionally, kindly and accommodating. Kudos to Mayor! I’m prouder to invite my friends and foreign ones to come over and visit our City. Keep it up!” affirmed Loren Opong.

Everyone is encouraged to support by writing “Iloilo Mabilog” in the subject line of email, provide testimonial, name and address and send to iloilo@worldmayor.com until October 2014.

The philanthropic City Mayors Foundation, an international think tank on urban affairs, awards the World Mayor Prize every two years since 2004 to a mayor who has made outstanding contributions to his/her community and has developed a vision for urban living and working that is relevant to towns and cities across the world.

The World Mayor project aims to raise the profile of mayors worldwide, as well as to honor those who have made long-lasting contributions to their communities and are committed to the well-being of cities nationally and internationally. [World Mayor Profile]