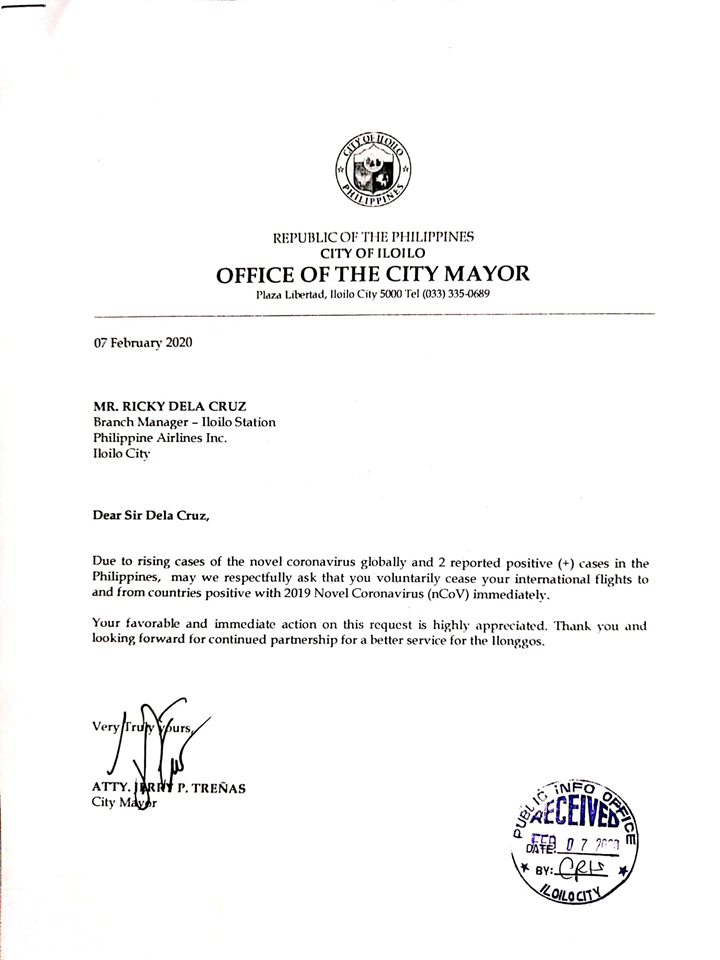 “Due to rising cases of nCoV globally and three reported positive cases in the Philippines, may we respectfully ask that you voluntarily cease your international flights to and from countries positive with nCoV immediately,” Treñas stated.

“Your favorable and immediate action on this request is highly appreciated,” he added.

There are no confirmed cases of 2019-nCoV in the city and province yet, but there are already 22 total persons under investigation (PUIs) in the region. Fourteen of them is still admitted and under strict monitoring, while five have already been discharged.

Treñas also postponed the holding of Iloilo Paraw Regatta Festival and other big events in the city as a precautionary measure against the spread of the dreaded illness.(Iloilo City PIO)