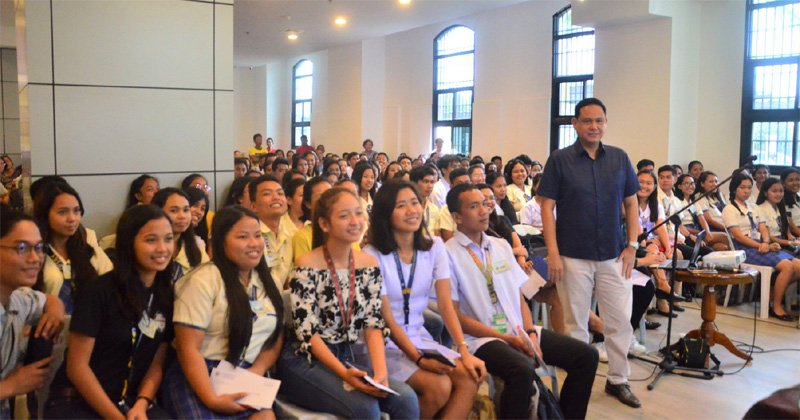 There are a total of 125 beneficiaries or 25 per district. They are freshmen students currently enrolled in state colleges and universities namely the University of the Philippines Visayas (UP Visayas), West Visayas State University (WVSU), Iloilo Science and Technology University (ISAT-U), Northern Iloilo Polytechnic State College (NIPSC), and Iloilo State College of Fisheries (ISCOF).
ISIP is open to economically-challenged but deserving senior high school students and bonafide residents of Iloilo Province.

Gov. Arthur Defensor Jr. led the distribution of check amounting to P20,500 to each beneficiary on February 6, 2020. The amount covers their allowance for five months, P2,000 book allowance, and P1,000 clothing allowance.

“You are here because you are the crème of the crop. So do not sacrifice your academic records because your credential makes a big difference when applying for a job,” he enthused.

Joanna Mae Molaga, who is currently taking up Bachelor of Science in Nursing at WVSU said the scholarship is an opportunity to empower the youth to pursue their studies despite the financial struggle.

“To my fellow youth, I encourage you to exert effort and perseverance because the provincial government is ready to support you when you need it,” she said.

Alma Ravena, head of the Human Resource Management and Development Office (HRMDO) said that since the implementation of the scholarship program in 1996, the provincial government has already produced more than 2,000 scholars, with several now employed at the Capitol. (Louine Hope Conserva/Capitol news)