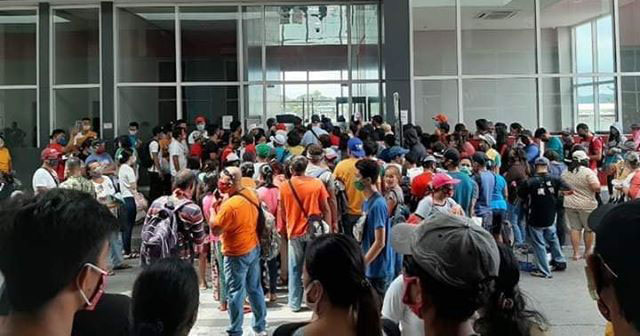 In an interview over Aksyon Radyo Iloilo, Treñas said that he was disappointed to see that social distancing was not followed by passengers in the Parola wharf.

“I would like to announce that for the meantime no trips will be allowed for Iloilo and Guimaras and vice-versa. I saw earlier that there is no social distancing in the Parola Terminal,” Treñas said.

Treñas added that he made the decision after seeing viral photos in Facebook of crowded Parola terminal and hearing the clamor of Guimaras Vice Governor John Edward Gando for the stoppage of motorbanca operation.

“He’s asking for it, we will give him what he want,” Treñas said.

The city mayor said he will talk to Public Safety and Transportation Management Office (PSTMO) head Jeck Conlu and Covid-19 Team focal person Dr. Roland Fortuna on how to address the situation.

He also ordered Conlu to notify the Coast Guard of his decision.