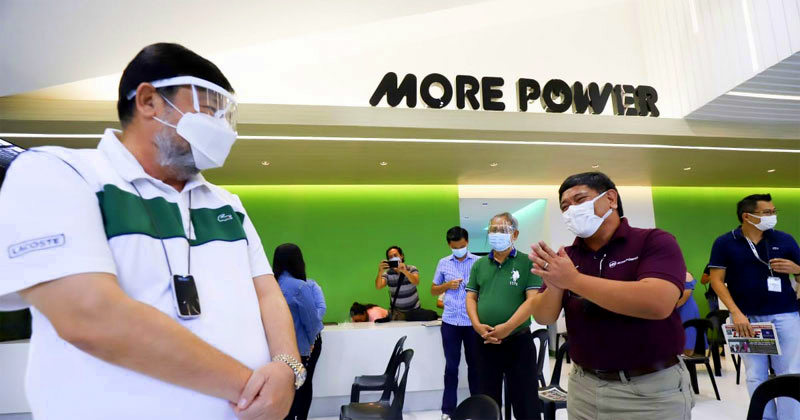 Iloilo City Mayor Jerry P. Treñas is happy that the Supreme Court (SC) has finally made a decision on the case between More Energy and Power Corporation (MORE Power) and Panay Electric Company (PECO) regarding electricity distribution in the metropolis.

SC Spokesman Brian Keith Hosaka said that the high court in an en banc decision on September 15 had ruled that the 25-year franchise of MORE Power is constitutional.

“In granting the petitions, the Supreme Court reversed the Judgment of the Regional Trial Court of Mandaluyong City Branch 209 in Civil Case No. R-MND-19-00571 and declared Section 10 and 17 of RA No. 11212 constitutional. We will post the actual decision once available,” Atty. Hosaka said.

Section 10 pertains to the power of eminent domain granted to MORE Power, while Section 17 is on transition of operations including the expropriations of PECO’s distribution assets.

Treñas, who graced the thanksgiving event by MORE Power in its newly-renovated Customer Services Office at Gen. Luna Street last Friday, said that the decision of the high court will give stability in the power situation of the city.

“It is very important that Iloilo City, as a regional center, must have stability. A final decision on this issue should give stability to the city. It will also allow MORE Power to invest more in the needed distribution lines, especially in the much-needed substations that have resulted in several outages in some districts,” Treñas said.

MORE Power President and CEO Roel Z. Castro said that the decision is a ‘major win for Iloilo City consumers.’

“The ruling, more than anything else, is a clear message by the High Tribunal that nothing is over and above the welfare of the general public. This is definitely a major win for all of us, most especially for Iloilo power consumers who spent years, decades even, putting up with all the unbridled violations and inequities of the former utility distributor,” Castro said.

“Rest assured that MORE Power will continue working to improve and modernize the distribution system as we carry forward the tradition of noble public service Ilonggos have every right to demand for and which they fully deserve,” Castro added.