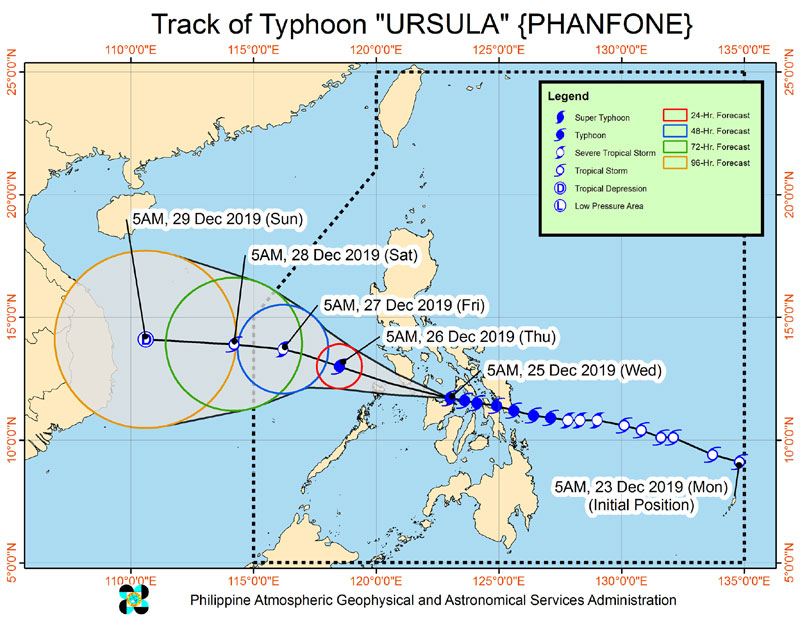 Typhoon Ursula is maintaining its strength while moving generally westward off the coast of Capiz, Philippine Atmospheric, Geophysical and Astronomical Services Administration (PAGASA) said in its latest severe weather bulletin issued 8AM of December 25, 2019.

Pagasa said that at 7:00 AM today, the eye of Typhoon Ursula was located based on all available data including Iloilo Doppler Radar at 30 km Northwest of Roxas City, Capiz or 95 km South Southeast of Romblon, Romblon (11.8°N, 122.6°E).

It is moving West at 20 km/h with maximum sustained winds of up to 140 km/h near the center and gustiness of up to 195 km/h.

This puts Northern Iloilo in Tropical Cyclone Warning Signal No. 3, together with northern Antique, Capiz and Aklan. The rest of Iloilo is at Signal No. 2.

Pagasa reported that the eyewall of Typhoon Ursula is bringing very destructive winds and intense rainfall over southwestern Masbate, Aklan, Capiz, northern Antique, northeastern Iloilo, and Romblon. The southern portion of Mindoro Provinces will be affected by the eyewall in the coming hours. In case of the passage of the eye in some of the aforementioned areas, calm conditions will be experienced. However, as soon as the eye moves out of the area, violent conditions associated with the eyewall will resume. 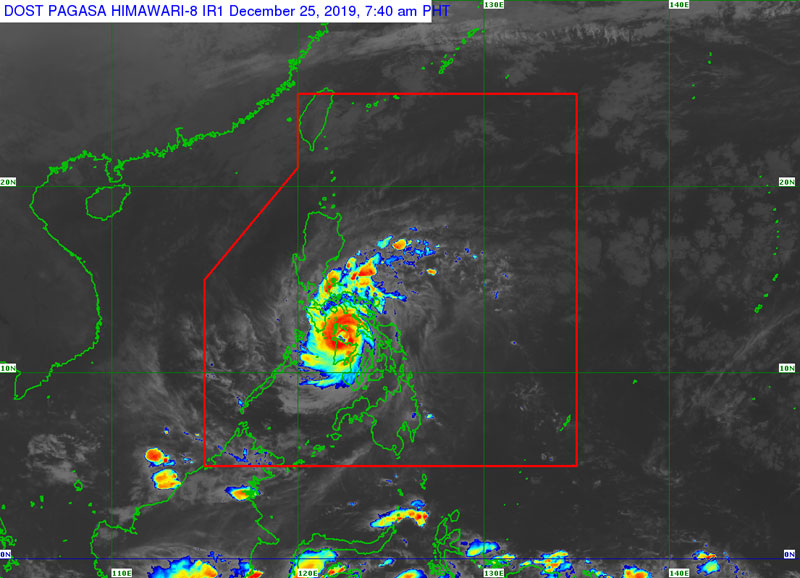 • Residents in these areas are advised to take appropriate measures to reduce the potential impact of flooding and rain-induced landslides, especially in areas identified to be highly to very highly susceptible to these hazards.

The public and the disaster risk reduction and management council concerned are advised to take appropriate actions and watch for the next Severe Weather Bulletin to be issued at 11 AM today.