The stretch of Diversion Road (aka Benigno Aquino Jr. Avenue) in front of the region’s biggest mall has been the major traffic bottleneck in Iloilo City this holiday season, and the photo shared online shows the reason why. 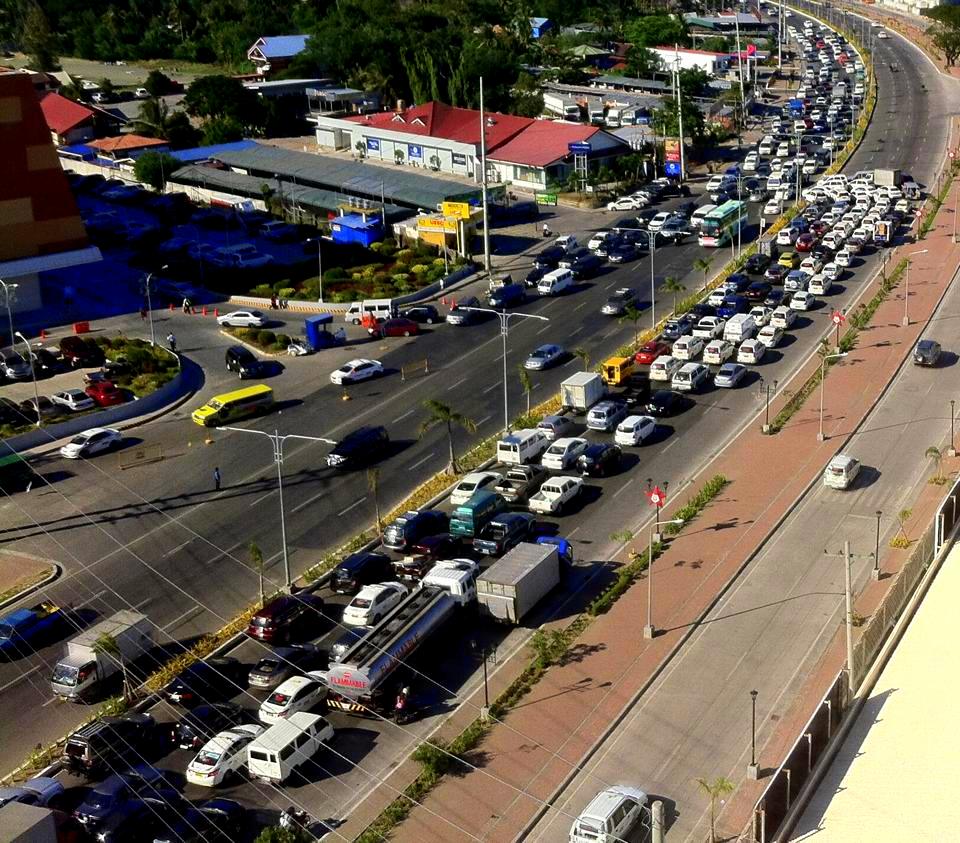 Lifestyle editor John Bayona Castigador posted a photo (apparently taken from Injap Tower) of the traffic jam at the U-turn slot in front of SM City Iloilo in Facebook, and it suddenly went viral as Ilonggo netizens gave their take on the situation.

“A four-lane U-turn in front of SM City Iloilo causes a terrible traffic jam on Aquino Avenue! Is this allowed? What is the Iloilo City Government doing about this?,” Castigador asked in his post.

Most social media users blame the undisciplined drivers who occupied four lanes for U-turn. Others blame SM City for having only one vehicle entrance. Some noticed that the traffic enforcers are nowhere to be found, or don’t manage the traffic flow properly. Here are some of the comments:

Joshua Misajon: The lesson should be to discipline ilonggo drivers. Limit the u turn slot to 1 lane: learn to line up.


Mike Pagal: SM City should rethink their new traffic scheme because its not working. There’s only one entrance and two exits. They should try other options. Open the road in front of Starbucks to two way traffic to accommodate more inbound vehicles or try using it as entrance only and the road next to new building as exit. Make it a one big rotunda.


Dorothy Casiano: There shouldn’t have a u-turn slot in main highways. Grr why oh why? Traffic management please.


Arkitek Gil V Japitana: TMTRO must install traffic barriers to regulate and limit all u-turners to only TWO-LANES.!


Mayee Barredo: I remember the start of heavy traffic when they closed off the u-turn slot outside Plazuela and the South Point entrance, leaving us with this sole u-turn slot going to SM City, which I think is really stupid. Wake up, TMTRO.

The photo which Iloilo Today also shared has reached 60,000 users with over 500 Facebook reactions, 300 shares and over 100 comments.