A total of 130 drug surrenderees graduated from Iloilo City’s Drug Treatment and Rehabilitation Program or The Crossroads: Community Change Center on Dec. 11 after undergoing four months of rehabilitation. 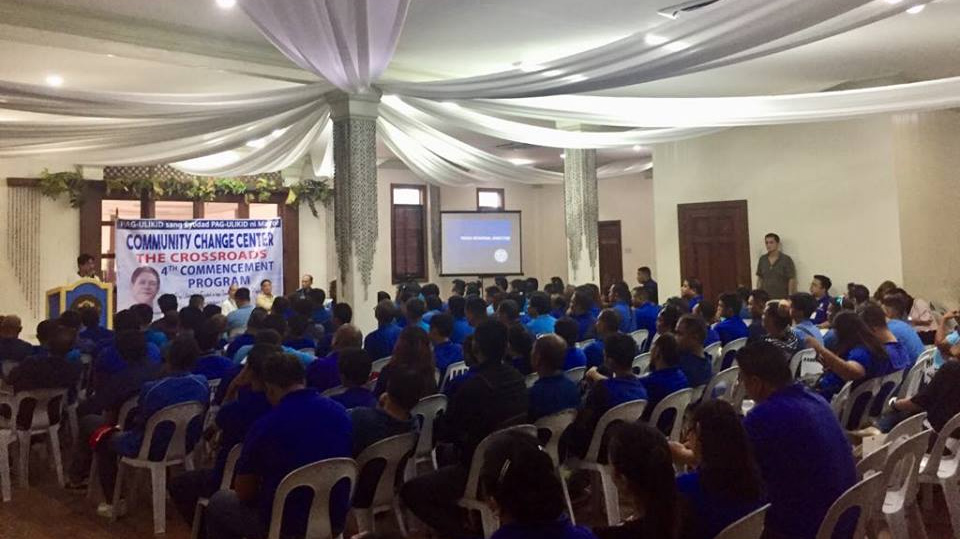 They included one from Molo, seven from City Proper, six from La Paz, three from Jaro, eight from Camp Delgado, 11 from Mandurriao, 29 from Lapuz, and 65 from Arevalo.

“We are very glad to know that you have taken the challenge in undergoing the rehabilitation. If there is one crucial step, it is accepting the fact that you have been under the influence and it will be easy for you to convince yourself to be treated,” Mayor Jose Espinosa III told the graduates.

“Always remember that the City Government is supportive of your decision to change and there are various national and local government offices that are willing to guide and help you,” he added.

The Crossroads is the City’s sustainable anti-drug program to provide rehabilitation and treatment to those patients who choose to have second chance to reform their lives from the ill effects of illegal drug abuse.

Graduates from livelihood training program will be given P10,000 cash from City Social Welfare and Development Office (CSWDO) to start their own livelihood.

Rhod from Arevalo district said her life has changed after she was rehabilitated.

“After I used drugs, my life was wasted. At first, I was hesitant to undergo rehabilitation because I was afraid. I submitted myself and I did not regret that I gave it a chance to help me out,” Rhod said.

Rhod, now 44, was 29 when her husband died due to drugs. She blamed herself for the death of her husband, and after three years, at 32, she used illegal drugs.

“My husband died of drugs and I never thought that I will be using the same thing which caused my husband’s death. I was alone, depressed, and bored when I used drugs,” Rhod noted.

“This is the reason why I want to reach out to those who are still afraid to come out. I would like to tell them that there is nothing to be afraid of because many people will help them,” she stressed.

The Community Change Center has produced a total of 705 graduates including 199 in first batch, 201 in second batch, and 175 in third batch. (Merianne Grace Ereñeta/Iloilo City PIO)

One Comment on “130 graduate from Iloilo City drug rehab centers”