Senate Minority Leader Franklin M. Drilon urged the Senate Finance Committee to restore at least P16.8 billion out of the P28 billion that had been cut from the Department of Health’s budget. 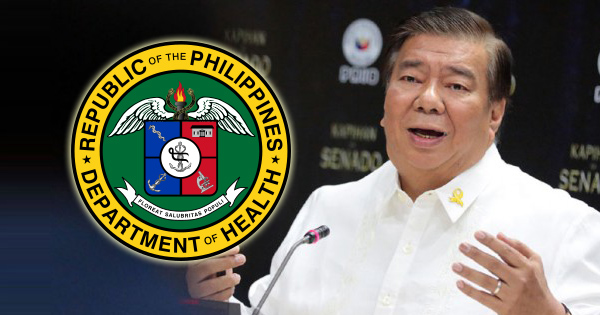 During his interpellation on the P79 billion budget of the health department on Monday, Drilon lamented how an agency that is at the forefront of the government’s social protection program would have its budget slashed by about P28 billion.

Drilon said that if the budget cut was not restored, a number of health facilities which have either been wholly or partially completed would remain unutilized to the detriment of the poor and the vulnerable.

He cited, for instance, that there are 900 health facilities with 100 percent completed infrastructure and existing human resource but need equipment for licensing and/or Philhealth accreditation. The budget for which, amounting P7.4 billion, however, was part of the P16.8 billion that was cut from the DOH’s budget.

There are also 328 health facilities, which are at least 80 to 90 percent complete, but are in danger of being left unfinished due to the budget cut.

“This will have very adverse effects on our health program. Maraming mate-tenggang rural health units at district hospitals,” said Drilon, emphasizing that the budget that was slashed is supposed to fund the health infrastructure requirement for Universal Health Care.

“These funds are necessary in order to enable the health facilities to deliver better services,” he added.

Drilon said the move is not consistent with the President’s budget message where he vowed to increase investment on social protection.

“We have taken the position that the massive cuts in the population related positions, including the Department of Health, National Housing Authority, are not consistent with the President’s budget message,” he added.

“I don’t think we can face our people with the revelations that there are some districts which will get P2.4 billion for farm-to-market roads and yet, here, there are about 900 health facilities that are completed and manned but would not be able to operate because the budget was cut,” said Drilon, referring to the revelation made by Sen. Panfilo Lacson about congressional insertions in the 2019 proposed spending outlay.

Senate Finance Committee chair Loren Legarda has agreed with Drilon, vowing to work with the minority leader in restoring the budget of DOH.

“I don’t think that there is any argument that will justify the non-reinstatement of the budget,” Drilon said. (via Senate website)