Arnel Empanado Genzola and Roilo Diaz Alojado were among the 15 awardees who were cited for their heroic acts and service to the community abroad. 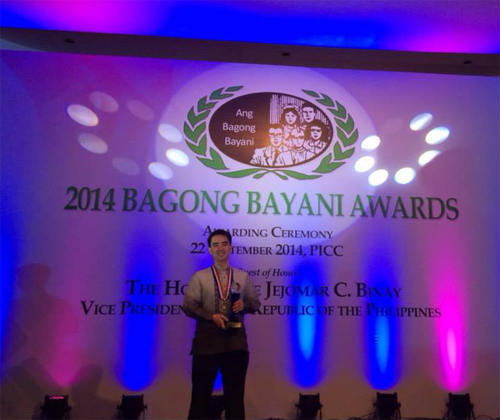 Genzola, 32, was given the awards “for selflessly sharing with the international community his expertise in the field of communication, education, training, youth empowerment and community service.” An international faculty member of Jilin University-Lambton College (JLU-LC) in China, he brought prestige to the university as a delegate, speaker and presenter of research papers on teaching English in various international conferences in Cambodia, China, Hongkong, Philippines, Singapore and Thailand.

In acknowledging the award, Genzola said that “this recognition will always be a shot in the arm that will certainly inspire me to keep going and to never stop being a Filipino—determined, patriotic, and God fearing— wherever God leads me. This is an iota of contribution I put in to the humongous task of bringing in our lifetime what could be the world’s greatest magnum opus—a world of love, peace, and understanding through a remarkable array of acts of compassion and service. I believe this is what the world should be.” 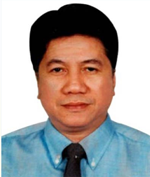 Alojado, 60, earned the recognition for being an active community leader in Kingdom of Saudi Arabia. He has served in different Filipino cultural organizations and founded the “Awit Sayaw Cultural Group” that performs regularly for the Filipino communities. He was president of Saudi Arabia Hiligaynon Inc. and was an overall Chairman of the All Filipino Community and Sports Commission-Eastern Region, the umbrella organization of professional, civic, cultural and regional organizations and educational institutions.

Bagong Bayani Awards (BBA) is a world-wide search for the country’s outstanding and exemplary OFWs for their significant efforts in fostering goodwill among the peoples of the world, enhancing and promoting the image of the Filipino as a competent, responsible and dignified worker, and for greatly contributing to the socio-economic development of their communities and the country as a whole.